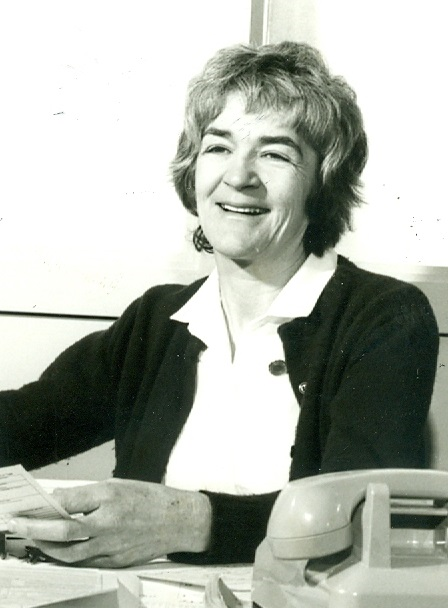 SOUTH COLTON-- A Mass of Christian Burial for Katheryn Rose Hayes, 85, of South Colton will be held at St. Paul's Church in South Colton with Father Stephen Rocker officiating. Calling hours and funeral services for Katheryn will be held privately due to health concerns. Burial will be held in St. Patrick's Cemetery in the springtime at a time to be announced and open to the public. Heaven gained another angel when Katheryn passed away early Thursday morning, March 18, 2021 in the comfort of her own home under the care of family and Hospice of the St. Lawrence Valley. Surviving Katheryn are a sister, Theresa (Hayes) Logan, formerly of West Potsdam, a sister-in-law Erma (Stone) Hayes of Canton, a brother-in-law Frank Moerschell of South Colton and many nieces and nephews. Katheryn was predeceased by her brothers James Hayes (Potsdam), and John F. Hayes (Canton), and sisters, Anne (Hayes) Moerschell (South Colton,) and Mary (Hayes) Perkins (Colton). Katheryn was born May 8, 1935 in Potsdam, the daughter of John T. and Anna (Creighton) Hayes. She attended Colton - Pierrepont Central School and graduated in 1953. She received a full scholarship to D'Youville College, Buffalo New York, which she attended before being called home. Upon her return to St. Lawrence County, Katheryn attended and graduated from the A.B. Hepburn Hospital School of Nursing in Ogdensburg, New York, as a Registered Nurse. Katheryn was a loving, kind, and gentle soul who will be missed by her entire family, as well as by the countless lives she touched along the way. Katheryn was known throughout the North Country as "the Angel of Mercy" or "the Florence Nightingale of Colton." A devout Roman Catholic, Katheryn was a fixture at St. Patrick's Church in South Colton. Hers was a life well-lived. For more than three decades, Katheryn served as the School Nurse/Health Educator at Colton-Pierrepont Central School. She looked after her charges with the devotion of a parent. Her concern went well beyond the routine temperature checks, colds, bandaging scrapes and upset stomachs. Katheryn was known for visiting sick children at their homes, helping children in need with winter clothing, and even finding lunch money for those who had forgotten, (or did not have), theirs. After retiring as School Nurse/Health Educator, Katheryn continued to serve as an RN at Canton Potsdam Hospital. Her work as emergency room nurse on the 11 p.m. to 7 a.m. shift at Canton- Potsdam Hospital left a lasting impact on those she treated and those she worked with. Even after hours, she found it in her heart to stop on her way home to check on an elderly patient who needed medication or maybe just someone to listen or hold a hand. In 1991 She was nominated for the New York State Legislature's Nurse of Distinction Award. And on January 17, 1993, her life work was recognized on Katheryn Hayes Day in the towns of Colton and Pierrepont. At Commencement on May 19, 1993, Katheryn Hayes was awarded the Distinguished Citizen Award presented to her by the College Council of the State University of New York College of Technology at Canton. In 2007 Katheryn found yet another way to serve the people and community she loved. A proud lifelong Democrat, she ran for and was elected as a member of the Town of Colton, Town Board. Subsequently she was re-elected three times and continued her service until her death. In Lieu of flowers, memorial contributions in Katheryn's Memory may be made to St. Patrick's Church, attn: Fr. Rocker, for the continued maintenance of St. Paul's Church in South Colton; to the Katheryn Hayes Food Pantry, attn: Town of Colton, Miss Hayes Food Pantry, 94 Main Street, Colton, NY 13625 or to Hospice and Palliative Care of the St. Lawrence Valley and memories and condolences may be shared online at www.buckfuneralhome.com . The Buck Funeral Home in Colton is serving the family of Katheryn R. Hayes.
To send flowers to the family or plant a tree in memory of Katheryn Hayes, please visit Tribute Store

Share Your Memory of
Katheryn
Upload Your Memory View All Memories
Be the first to upload a memory!
Share A Memory
Send Flowers
Plant a Tree