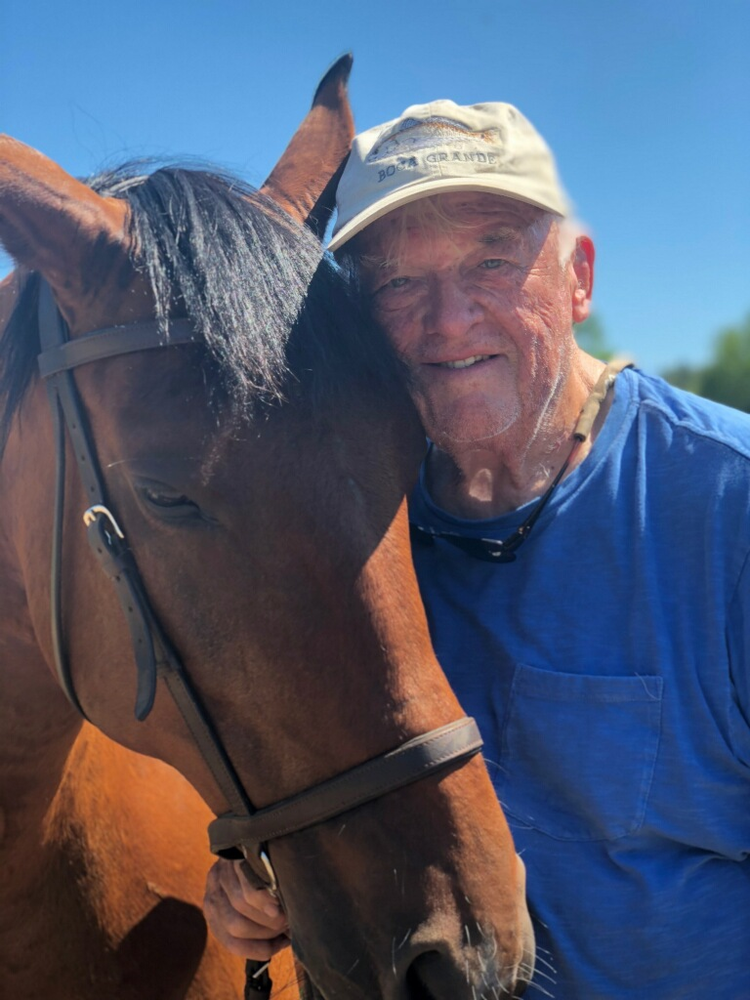 Obituary of Philip A. Royce

RUSSELL-- Philip Arch Royce, 78 years old, passed away September 25, 2020 surrounded by loving family at his home on the Tooley Pond Rd. Services for Philip, a resident of 3499 Tooley Pond Road, Russell; formerly of Canton and Norwood, will be held in the springtime at the Buck Funeral Home in Norwood due to the restrictions and concerns following COVID-19. Burial will be held in the Riverside Cemetery in Norwood. Phil is survived by his wife of 52 years, Lorene, his son Philip and daughter-in-law Kira Royce, his daughter Andrea Royce, his grandchildren Bridger and Claira Royce, his brother, Stephen and Claire Royce, his sister, Ellen and Lee Farrington, as well as nieces and nephews. Born in Norwood, NY on May 22, 1942 to the late Arch and Eleanor Mott Royce, Phil graduated from Norwood High School. He attended Paul Smith's College and graduated from Clemson University with a degree in forestry. While at Clemson, Phil played the trombone in the Tiger's Marching band and became a lifelong lover of Clemson Tiger Football. Phil served in the US Navy from 1968-1971. He married his wife, Lorene Woods Royce, January 13, 1968. Phil and his family lived in Maine for their early years where he worked for Lane Construction for 15 years. During that time, Phil acquired his Maine Real Estate license to sell land. Phil loved to explore the wilderness and in the 70'S he bought his own piece of the countryside where he established his own family Christmas Tree Farm. In 1980, Phil and his family returned to their roots in northern New York, where he worked for Barrett Paving Materials, and retired as Vice President after 30 years. Phil was an avid outdoor enthusiast and loved the natural world. He was happiest when surrounded by nature and animals. In his early years, he hunted the woods of the Azure Mountain Club, and later, he adored the pigeons that nested in his barn, so much as to buy pigeon feed. He spent his golden years with his horses, bunnies, geese, fish, foxes, monarchs, rescue dogs and family on his farm on the Tooley Pond Road. His solid, commanding presence was full with a deep warmth and sensitivity. This was most evident in the land, animals, and time he shared with his grandchildren. Memorial donations in Phil's memory can be made to the Potsdam Humane Society, 17 Madrid Avenue, Potsdam, NY 13676 and Hospice of St Lawrence Valley, 6865 US11, Potsdam, NY 13676. Memories and condolences may be shared online at http://www.buckfuneralhome.com . The Buck Funeral Home in Norwood is serving the family of Philip A. Royce.
To send flowers to the family or plant a tree in memory of Philip Royce, please visit Tribute Store

Share Your Memory of
Philip
Upload Your Memory View All Memories
Be the first to upload a memory!
Share A Memory
Send Flowers
Plant a Tree