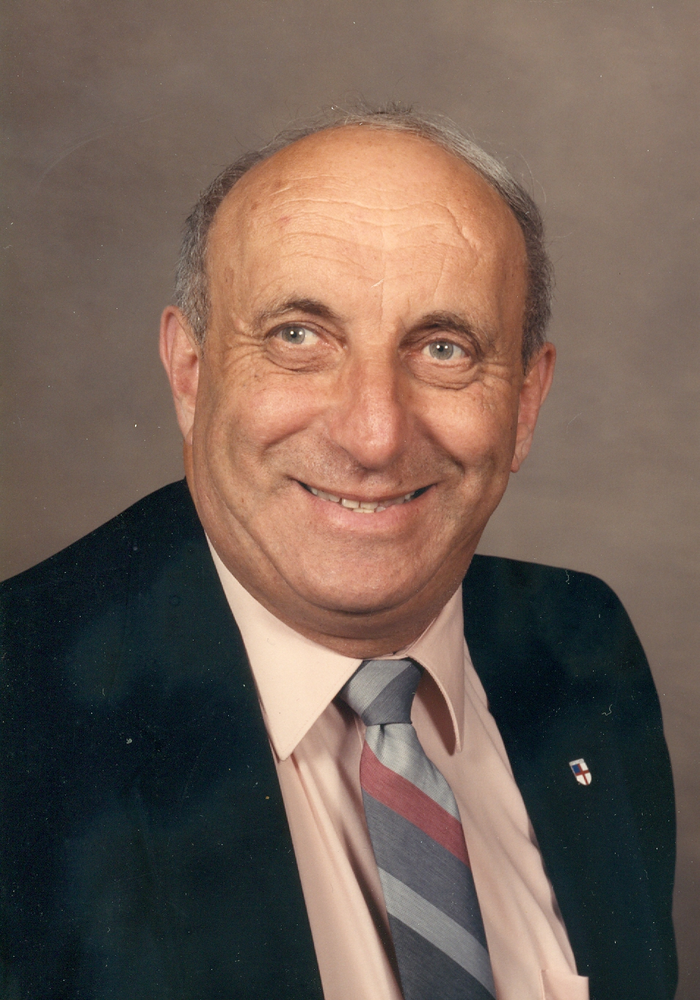 NORWOOD—Funeral services for 87 year old Joseph H. Swan, a resident of 44 Prospect Street, Norwood, will be held on Friday, March 6, 2020 at 11 a.m. at the St. Philip's Episcopal Church in Norwood with Mother Kathryn Boswell presiding. Burial will be held in the Riverside Cemetery in the springtime. Family and friends may call at the Buck Funeral Home in Norwood on Thursday from 2-4 and 7-9 p.m. Mr. Swan passed away peacefully early Thursday, February 27, 2020 at his home in his sleep with his family at his side. Joseph is survived by his children, Jacqueline (Thomas) Chatterton, Georgia; Anona (Eric) Pettre, Florida; William (Lynn) Swan of Chase Mills; Susan Pollock (Peter Reynolds), Norwood; James (Amalia) Swan, Liverpool; John Swan, Central Square and many grandchildren and great-grandchildren. Joe is also survived by his siblings Etta, Elaine, Michael and Janice as well as several nieces and nephews. Joe was pre-deceased by his parents George and Rose, his first wife Mertie and his beloved wife, Harriett. Born in Potsdam, NY to the late George and Rose Blanchard Swan as the first baby to be born in the Potsdam Hospital, Joe graduated from Potsdam High School in 1950 where he was active in a variety of sports. After graduating, he attended St. Lawrence University in Canton for two years before enlisting in the U.S. Air Force during the Korean Conflict in 1952. Joe served and flew with the 28th Air Division and the 97th Strategic Air Command. He also attended college under the GI bill where he met his first wife, Mertie Ashford of Baton Rouge Louisiana. Mertie was tragically killed in an automobile accident in 1958. Joe was then honorably dicharged from the Air Force in 1960 and in 1962, he met and married his beloved wife Harriett Lamb, where they spent the next 52 years together before her passing. Together, they raised 6 children. After returning to Potsdam, Joe worked as a parts salesman for Boyce Ford in Massena until he left and purchased the family store in Unionville from his mother, which he ran until its closing in 1983. Joe then started Sandstone Reality where he worked until his retirement in 1995. Joe was very active in the community, working with the Little League Teams, the Norwood Kiwanis Club, the Norwood American Legion and the St. Philip's Episcopal Church. Joe recently celebrated 55 years in the Kiwanis Club where he was a past Lt. Governor and he also helped build the Circle K Club in Potsdam. Joe held many positions with the St. Philip's Church in Norwood as well as the Norwood American Legion where he was a past President and Treasurer. He was proud to be part of bringing the Vietnam Wall to Norwood. In his spare time, Joe loved the outdoors, hunting and fishing and was a lifetime member of the Hill 19 hunting club. In lieu of flowers, memorial donations in Joe's memory can be made to the Potsdam Animal Shelter, the Norwood Kiwanis Club or to the St. Philip's Episcopal Church of Norwood and memories and condolences may be shared online at www.buckfuneralhome.com . The Buck Funeral Home in Norwood is serving the family of Joseph H. Swan.
To plant a tree in memory of Joseph Swan, please visit Tribute Store
Thursday
5
March

Share Your Memory of
Joseph
Upload Your Memory View All Memories
Be the first to upload a memory!
Share A Memory
Plant a Tree