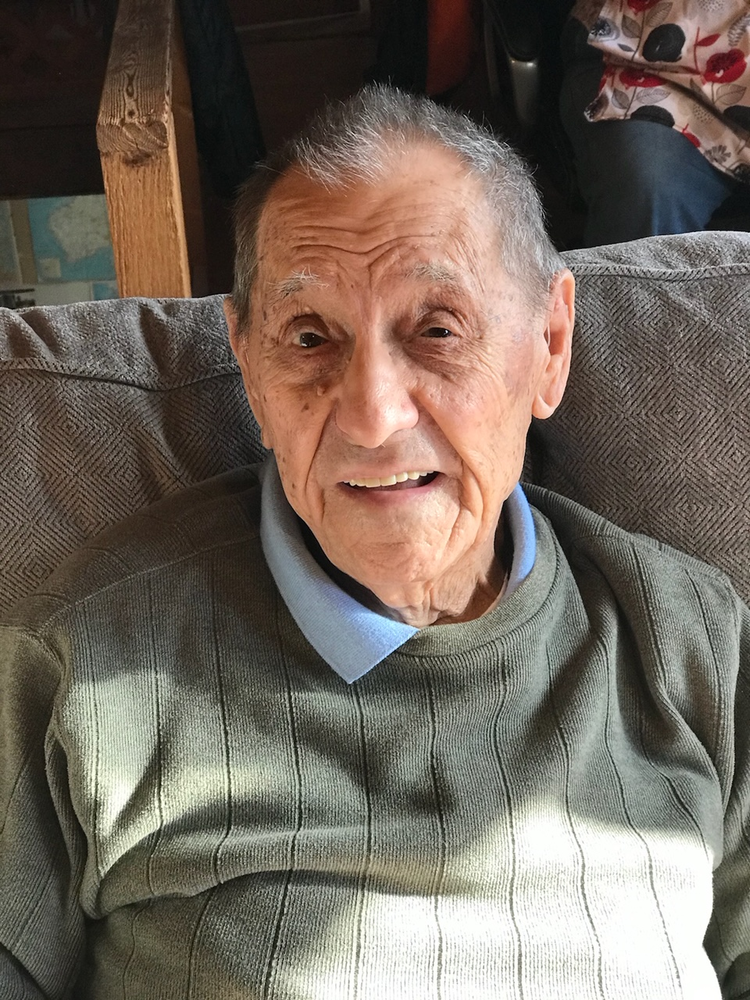 NORFOLK – Andrew S. Neer, "Andy", passed away on January 14, 2020 at the St. Joseph's Nursing Home with loving family by his side. Andy was born August 3, 1925 to Mary and Andrew Neer in Norfolk, NY. He worked on the family farm and also other neighboring farms to earn extra money milking cows. He was paid 25 cents a week! Andy was drafted in the U.S. Army when he was 18 years old and at the age of 19, he was deployed to Europe. He was involved in the Battle of the Bulge in Belgium and also spent time in France and Germany. Andy was a Communications Specialist and he was honorably discharged in 1946. He returned to Norfolk and worked many jobs in construction, including Alcoa and the St. Lawrence Seaway Project. He married Frances Sharlow, the love of his life, on August 28, 1955. They were blessed with four children. Andy was a lifelong resident of Norfolk and a communicant of the Church of the Visitation. He was a proud veteran and belonged to the American Legion. Surviving Andy are his four children: Chris and Allen Kelly, Joan and Paul McGrath, Tom and Maria Neer and Kathy and James Maltby; his 7 beloved grandchildren: Dylan Kelly, Austin Kelly (Kate), Sarah Hopper (James), Joanne LaComb, Angelica Neer, Karly and Jaden Maltby along with his 7 great grandchildren: Andrew, Brady and Danica Hopper, George, Elizabeth and David LaComb and Elliot Kelly. He was pre-deceased by his wife and his sister Helen Almasy. Andy loved people especially his family. He had a great sense of humor and was very witty. He enjoyed going to the casino, nature and pie – especially banana cream pie! Andy might be described as sometimes having a rough exterior but those of us who knew him found him to be a loving and caring husband, father, grandfather, uncle and friend. Please join us in a Celebration of his life on Saturday, January 25, 2020 at the Church of the Visitation in Norfolk, NY at 9:30 a.m. A brunch will follow in the Church Hall. Memorial donations in his name can be made to the Canton-Potsdam Hospital Cancer Unit and memories and condolences may be shared online at www.buckfuneralhome.com . The Buck Funeral Home in Norfolk is serving the family of Andrew S. Neer.
To send flowers to the family or plant a tree in memory of Andrew Neer, please visit Tribute Store
Saturday
25
January

Share Your Memory of
Andrew
Upload Your Memory View All Memories
Be the first to upload a memory!
Share A Memory
Send Flowers