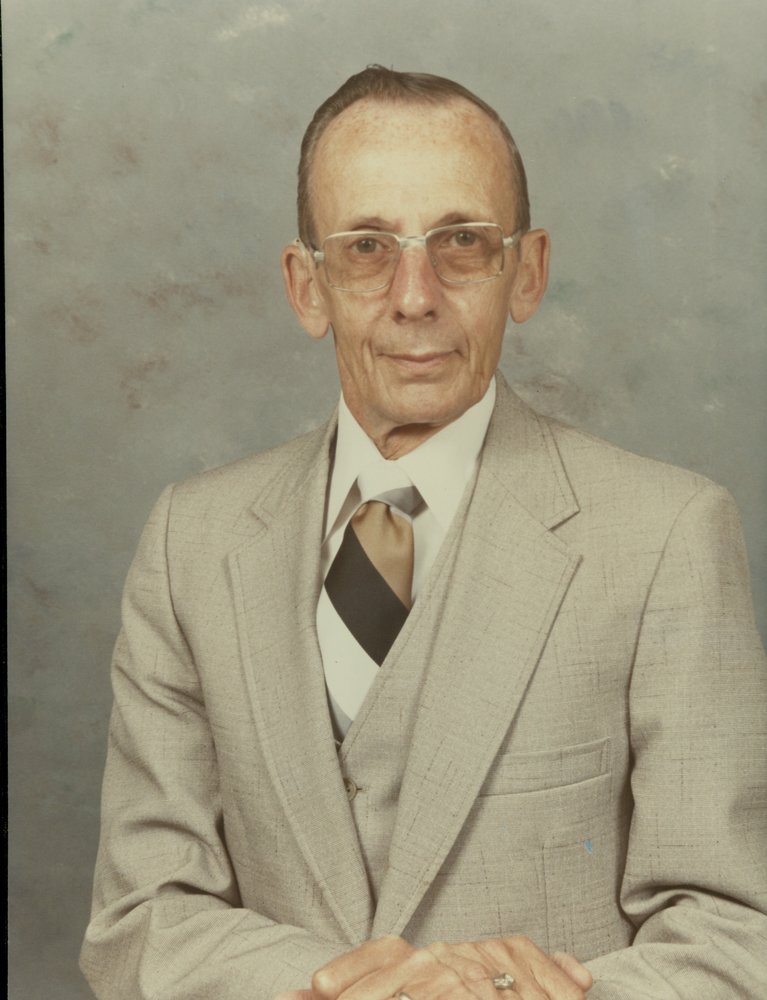 COLTONFuneral services for 91 year old Harold G. Buck Jr., Bucky, a resident of Colton, will be held Friday, April 24, 2015 at 10 a.m. at St. Patricks Church in Colton with Rev. Msgr. Robert Aucoin presiding. Burial will be held in the Riverside Cemetery, Norwood. Family and friends may call at the Buck Funeral Home in Colton on Thursday from 2-4 and 6-8 p.m. Mr. Buck passed away Thursday evening at United Helpers Riverledge in Ogdensburg, with his wife Barbara and daughter Sandy at his side. Harold is survived by his wife of 48 years, Barbara, Colton; his three daughters from a previous marriage, Sandy Mariano, Norfolk; Patricia Pilgermayer, Maple Glen, PA; C. Jill Vann, Plano, Texas; seven grandchildren, thirteen great grandchildren and several nieces and nephews. Bucky was pre-deceased by his brother, B. Sealy Buck; his two sisters, Virginia Gonyeau and Beryle Buck, one granddaughter and two nieces. Born in Norwood on May 9, 1923 to the late Harold G. and Wilda Sealy Buck Sr., Harold graduated from high school and attended Simmons School of Embalming in Syracuse, NY, graduating in 1948. He returned home and joined his father in the funeral business. He married the former Barbara Haggett on August 8, 1966. After his father passed, Harold took over the business in Norwood and later acquired the Hawley Funeral Home in Colton, the Clark and Foote Funeral Home in Potsdam and the McGlaughin Funeral Home in Norfolk. Among his many accomplishments through-out the years was owning the Buck Funeral Homes, owning Healys Gift Shop in Norwood and operating the Colton Hardware Store. Bucky was also a Village Trustee and mayor of Norwood and was the Town Supervisor in Colton for many terms, bringing many changes to both towns. Bucky was very active in the community. He held many offices and supported many village, civic and church organizations. He was a member of the St. Lawrence County Funeral Directors Assoc., a charter member of the Potsdam Elks and a member of the Kiwanis, Masons and the churches that he attended. Bucky was a past member of the Norwood Fire Department and donated the first ambulance to the Colton Fire Department. He was an avid outdoorsman, spending time fishing and hunting. He belonged to the Azure Mountain Hunting Club, Inlet Club and loved spending time at his camp on Sterling Pond and going to the Harts Orebed Lodge. In lieu of flowers, Memorial Donations in his memory can be made to the Colton Rescue Squad or to the Potsdam Humane Society. Memories and condolences may be shared online at www.buckfuneralhome.com . The Buck Funeral Home in Colton is serving the family of Harold G. Buck Jr.
To plant a tree in memory of Harold Buck, please visit Tribute Store
Services for Harold Buck
There are no events scheduled. You can still show your support by planting a tree in memory of Harold Buck.
Visit the Tribute Store

Share Your Memory of
Harold
Upload Your Memory View All Memories
Be the first to upload a memory!
Share A Memory
Plant a Tree