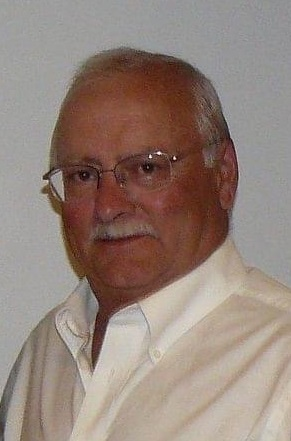 Please share a memory of Ronald to include in a keepsake book for family and friends.
View Tribute Book
NORWOOD – A Celebration of Life gathering for Ronald J. Guyette, 69, a resident of 45 Elm Street, Norwood, will be held in the springtime at a time to be announced. Ronald passed away at his home on Friday afternoon, January 20, 2023. Ronald is survived by his wife of 9 years, Robin, Norwood; his children, Amber McCargar, Brasher; Aquene Thompson and Owen Point, both of Norwood; Neil and Melissa Guyette, Michigan and Amy and Mark Yandow, VT; his beloved five grandchildren, Aryanna, Matt, Mackenzie, Brandon and Mikayla; his three siblings, Garry Guyette, FL; Cindy and Scott Rajeski, Saratoga and David and Janet Guyette, Santa Monica, CA as well as several nieces and nephews. Ronald was pre-deceased by his parents, Nelson and Eleanor. Born in Canton, NY on October 12, 1953 to the late Nelson and Eleanor Locke Guyette, Ron graduated from Norwood-Norfolk Central School, Class of 1972. While attending NNCS, Ron was an accomplished Pole Vaulter as well as a wrestler, holding several school and State records, in which he was very proud of. He married Robin McMahon on June 15, 2013. Ron worked as a meat cutter for many years, working at Loblaw's, The Great American, P & C Foods and Price Chopper. Ron also had his own deer processing business. In his free time, Ron enjoyed spending time outdoors. He loved boating, fishing, camping, cooking and woodworking. He loved spending time on his motorcycle and found his most enjoyment came from spending time with his family and friends. Memorial donations in Ron's memory can be made to the St. Jude's Children's Hospital or to the American Heart Association and memories and condolences may be shared online at www.buckfuneralhome.com .
To plant a beautiful memorial tree in memory of Ronald Guyette, please visit our Tree Store

Look inside to read what others have shared
Family and friends are coming together online to create a special keepsake. Every memory left on the online obituary will be automatically included in this book.
View Tribute Book
Services for Ronald Guyette
There are no events scheduled. You can still show your support by planting a tree in memory of Ronald Guyette.
Plant a tree in memory of Ronald

Share Your Memory of
Ronald
Upload Your Memory View All Memories
Be the first to upload a memory!
Share A Memory
Plant a Tree