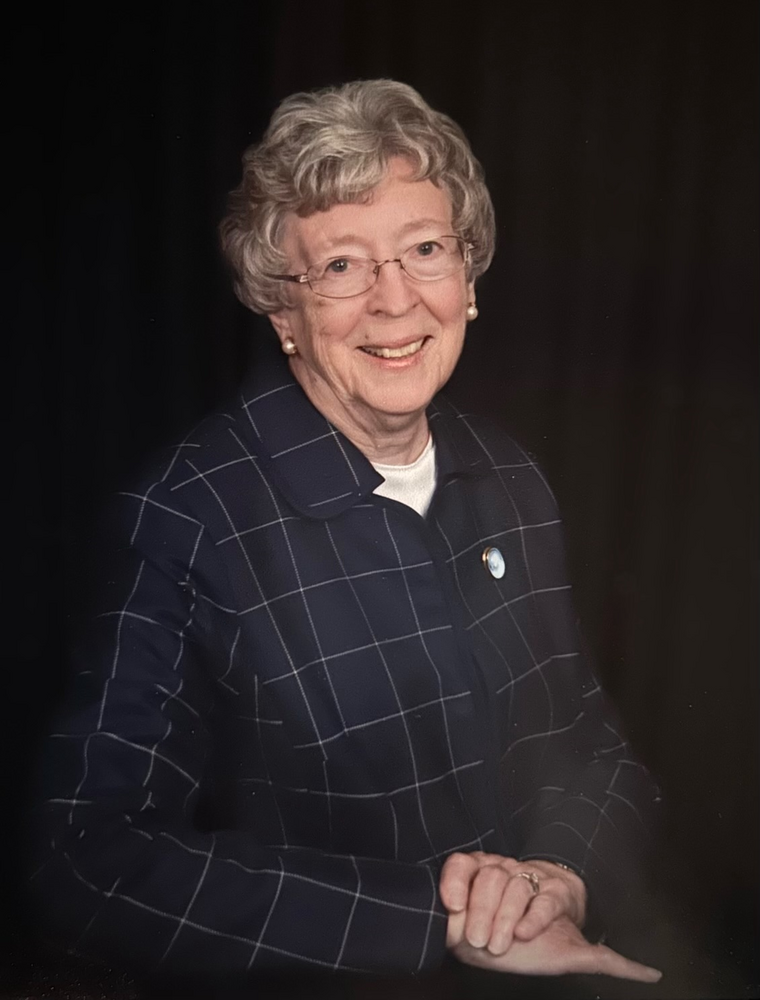 Please share a memory of Margaret to include in a keepsake book for family and friends.
View Tribute Book
NORFOLK -- Margaret E. Margittay Connelly, 85, of Colton, NY, formerly of Norfolk, NY passed away peacefully at home on December 28, 2022, with her husband of 63 years, Deacon Lawrence Connelly, and her daughters by her side. Born on Oct. 4, 1937 in New York City, Margaret was the oldest of two children of John Margittay (Turterebes, Hungary) and Margaret Orosz (New York City, NY) Margittay. Living in NYC until the age of 8, she learned to speak Hungarian before she spoke English. She moved to Norfolk as a young girl when her family bought a dairy farm on the Knapp Station road. Margaret graduated from NNCS in 1955 and went on to receive a degree in Home Economics from Plattsburgh State University in 1959. She met her future husband, Lawrence A. Connelly, one evening at the popular Sabad's restaurant in Norfolk, when he asked her to dance. A few years later, they were married on June 27, 1959 at the Church of the Visitation, Norfolk, NY, and began a 63 year marriage. Her teaching career began at Madrid-Waddington in 1959 as a Home Economics teacher. She then taught sixth grade at Norfolk Elementary until retiring in 1992. Margaret was very active in her church. She was a lector, Bible study teacher, member and past President of the Alter & Rosary Society, and a member of the Serra club where she and her husband assisted in planning and organizing several U.S. and European trips for the organization. They also taught RCIA classes for several years at the Church of the Visitation. After retirement, she became active as the wife of a Deacon, when Lawrence became a Deacon of the Catholic Church in 2003, by supporting and assisting in the responsibilities for that role. Some of her favorite activities included care of her many flowers, reading, quilting, needlepoint, spending summers with family at their camp in South Colton, decorating the church for Christmas and Easter, saying her rosary, Bible reading (Magnificat), and traveling. In addition to her husband, Lawrence, she is survived by her children Susan (Michael) Griffin of Franklin, TN, Anne (Anthony) DiBernardo of Fairport, NY, and Mary (Scott) Lalumiere of Colton, NY. She had 10 grandchildren, Jon (Allison) Eggleston, Megan Griffin, Sarah (James) Kennedy, Lauren Griffin, Julia (Ray) Beck, Anthony DiBernardo, Teresa DiBernardo, Rachel (Christopher) Torcedo, Cristin (Michael) Buck, and Holden Lalumiere, and two great-grandchildren, Lexi Eggleston and Emery Kennedy. She is predeceased by her parents, John and Margaret Margittay, her brother John Margittay, and her daughter Marcia Eggleston. Donations may be made in Margaret's memory to the American Cancer Society, Hospice & Palliative Care of the St. Lawrence Valley, Center for Cancer Care at Canton-Potsdam Hospital or Church of the Visitation, Norfolk, NY. The family of Margaret would also like to thank Father Andrew Amyot for his care and visits to her during her hours of need, and to Bishop Terry LaValley of the Diocese of Ogdensburg for his call to her which meant so much to her at the time. Calling hours will be held on Sunday, January 1, 2023, from 2-4 pm and 7-9 pm at the Buck Funeral Home in Norfolk and a Mass of Christian Burial will be held on Monday, January 2, at 11 am at the Church of the Visitation, Norfolk, NY. Burial will be held in the Visitation Cemetery in the spring. Memories and condolences may be shared online at www.buckfuneralhome.com . The Buck Funeral Home is serving the family of Margaret E. Connelly.
To send flowers to the family or plant a tree in memory of Margaret Connelly, please visit Tribute Store
Sunday
1
January

Share Your Memory of
Margaret
Upload Your Memory View All Memories
Be the first to upload a memory!
Share A Memory
Send Flowers
Plant a Tree