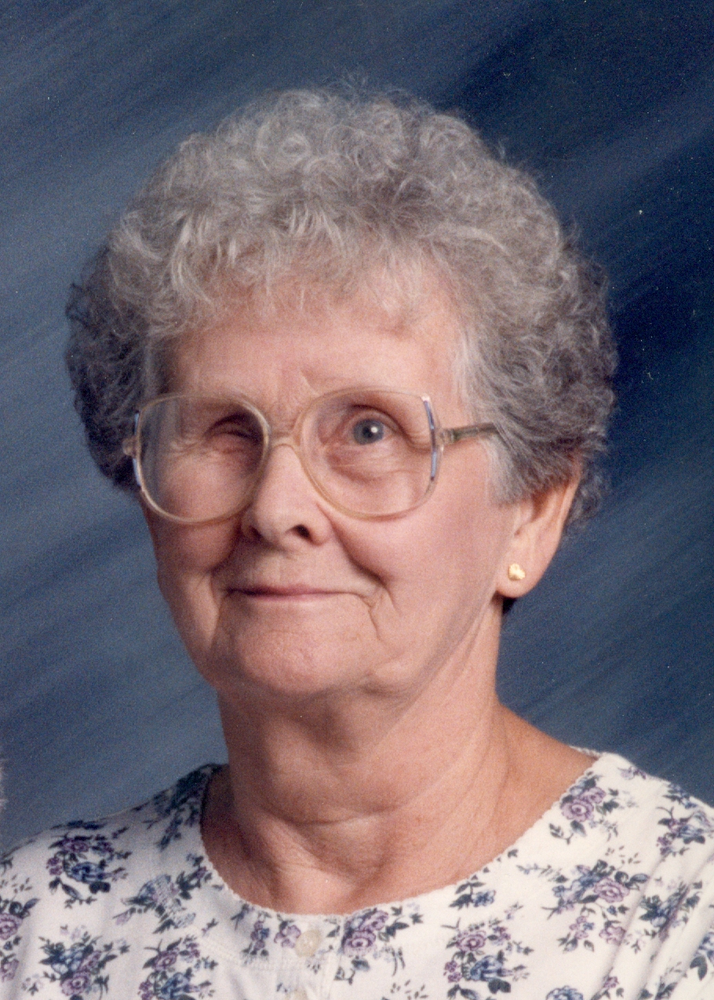 Please share a memory of Verda to include in a keepsake book for family and friends.
View Tribute Book
NORFOLK—Graveside services for Verda M. LaMora, 98, a resident of the Massena Rehabilitation and Nursing Center and formerly of Norfolk, will be held in the springtime at Raymondville Cemetery. Mrs. LaMora passed away Thursday morning, December 15, 2022 with her family at her side in Massena. Verda is survived by two sons, Donald LaMora, Norfolk; Thomas LaMora and his companion Karen Brown, Winthrop; her two daughters, Janice DeShane and Bonnie LaFay, both of Norfolk; 12 grandchildren and several great and great-greatgrandchildren. Verda was pre-deceased by her parents, an infant brother and sister, two sons, Lloyd and William LaMora and 3 grandchildren. Born in Winthrop, NY on December 4, 1924, to the late Merton and Bessie Pike Burnap, Verda attended Winthrop country school and married Lloyd "Bud" LaMora on October 30, 1940. Bud predeceased her on July 25,1999. Verda was a devoted homemaker, raising her children along with her husband. In her spare time, Verda enjoyed country music, crossword puzzles, and taking an occasional trip to the casino, but found her most enjoyment came from spending time with her family and friends. Memorial donations in Verda's memory can be made to a charity of one's choice. The family would like to thank the nurses and staff that cared for their mom at Massena Rehabilitation and Nursing Center. Memories and condolences may be shared online at www.buckfuneralhome.com. The Buck Funeral Home is serving the family of Verda M. LaMora.
To plant a beautiful memorial tree in memory of Verda LaMora, please visit our Tree Store

Look inside to read what others have shared
Family and friends are coming together online to create a special keepsake. Every memory left on the online obituary will be automatically included in this book.
View Tribute Book
Services for Verda LaMora
There are no events scheduled. You can still show your support by planting a tree in memory of Verda LaMora.
Plant a tree in memory of Verda

Share Your Memory of
Verda
Upload Your Memory View All Memories
Be the first to upload a memory!
Share A Memory
Plant a Tree