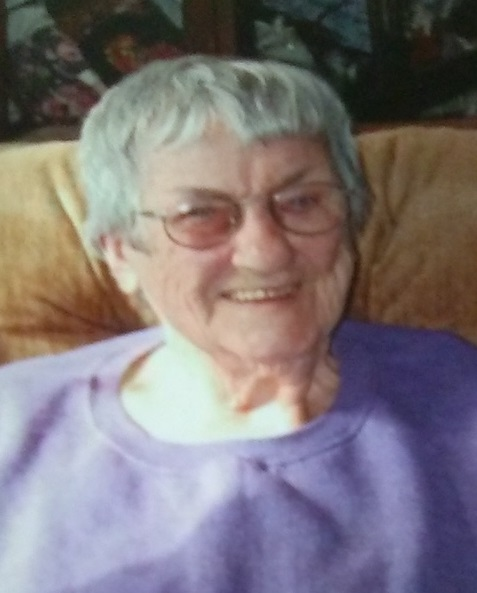 Obituary of Marie B. Enslow

Please share a memory of Marie to include in a keepsake book for family and friends.
View Tribute Book
EVANS MILLS—Graveside services for Marie B. Enslow, 98, a resident of the Samaritan Keep Home, Watertown and formerly of Evans Mills and Colton, will be held on Tuesday, September 27, 2022 at 11 a.m. in Bayside Cemetery, Potsdam, with Kenny Ashley presiding. Mrs. Enslow passed away Saturday, September 17, 2022 in Watertown. Marie is survived by a son, Walter and Wanda Enslow, Evans Mills; a daughter, Bonnie and Bernard Wagner, Baldwinsville; three grandchildren, Melissa and Jack Spinner, Walter "Andy" Enslow and Donna Enslow; six great-grandchildren and one great-great grandchild as well as several nieces and nephews. Marie was pre-deceased by her parents, Barzil and Mary; her husband, Cliff "Bill"; a son, Clifford "Jr" Enslow; a daughter, Terry Lou Enslow and her four siblings, William and Walter Boyea, Dorothy Tolhurst and Mary Durham. Born in Potsdam, NY on February 11, 1924 to the late Barzil and Mary Louise Bonno Boyea, Marie attended Potsdam High School and married Clifford R. "Bill" Enslow on September 2, 1944. Bill passed away on May 7, 1999. Marie worked for SUNY Potsdam in the maintenance department for 21 years, retiring in 1986. Previously, Marie worked at Potsdam Laundry for many years as well as cleaned for local doctors. She was very active within the Methodist Church in Colton and Evans Mills and belonged to several senior citizens groups. She was always active within the community and enjoyed traveling, sewing, knitting and crocheting. Every year Marie knitted many mittens and donated them to the Methodist Church's. She also enjoyed dancing, attending many Black River Fiddler dances and events as well. The family wishes to thank Marie's staff and caregivers of the Samaritan Keep Home for her care these last few years. Memorial donations in Maries memory can be made to a charity of one's choice and memories and condolences may be shared online at www.buckfuneralhome.com . The Buck Funeral Home is serving the family of Marie B. Enslow.
To send flowers to the family or plant a tree in memory of Marie Enslow, please visit Tribute Store
Tuesday
27
September

Share Your Memory of
Marie
Upload Your Memory View All Memories
Be the first to upload a memory!
Share A Memory
Send Flowers
Plant a Tree