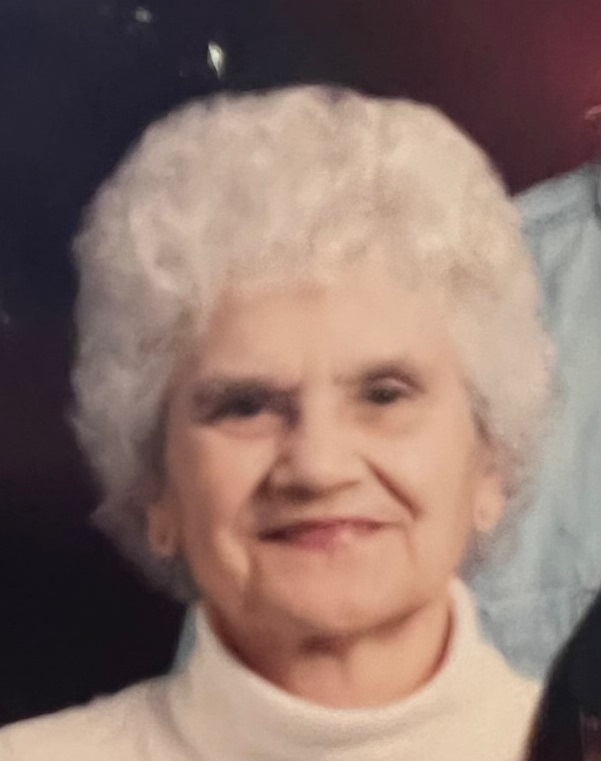 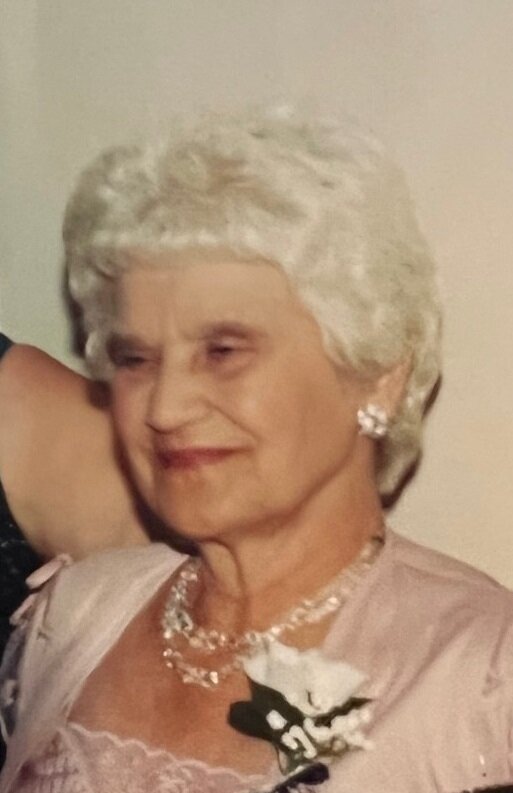 Please share a memory of Theresa to include in a keepsake book for family and friends.
View Tribute Book
POTSDAM – Graveside services for Theresa E. Kirkey, 92, a resident of the Massena Rehabilitation and Nursing Center and formerly of Potsdam and Norwood, will be held on Saturday, September 24, 2022 at 10 a.m. in St. Mary's Cemetery, Potsdam, with Rev. Shane Lynch presiding. A Celebration of Life gathering will be held following the services at Debbie's home at 25 Sisson Road, Potsdam. Mrs. Kirkey passed away on September 14, 2022 in Massena. Theresa is survived by two sons, Duane Kirkey, Potsdam; Brian Kirkey and Patty Woodward, Potsdam; two daughter-in-law's, Susan Kirkey and Debbie Narrow; her beloved grandchildren, Stephanie and Matt Burcume; Jaime Brown and Marcus Keleher, Brad and Sarah Kirkey; her step-grandchildren, Kimberly Peets, Timothy Narrow and Michelle Smith; several great-grandchildren and a brother, Charlie Paige, Massena as well as several nieces and nephews. Theresa was pre-deceased by her parents Ike and Lena Paige, her husband Gerald Kirkey, a son Donald Kirkey, her daughter-in-law, Judy Kirkey as well as her siblings Darelle "Bud", Norville, Walter, Irving, George, Gertrude Monroe, Maida Runion, Ida Mae White, Ruth "Betty" Dobbins, Cecile Debien. Born in Massena, NY on April 3, 1930 to the late Isaac "Ike" and Lena LaPointe Paige, Theresa attended Massena Central School and married Gerald J. Kirkey in September of 1949. Gerald later passed away in 1994. Theresa enjoyed cooking and cooked for the Massena Memorial Hospital, the Canton-Potsdam Hospital and most recently, was the beloved caretaker and cook for the TEP Fraternity House in Potsdam for many years. Theresa faithfully attended St. Mary's Church in Potsdam and St. Andrew's Church in Norwood and in her free time, enjoyed attending bingo, baking, canning and volunteering her time to many local organizations and the churches. Memorial donations in Theresa's memory can be made to a charity of one's choice and memories and condolences may be shared online at www.buckfuneralhome.com . The Buck Funeral Home is serving the family of Theresa E. Kirkey.
To send flowers to the family or plant a tree in memory of Theresa Kirkey, please visit Tribute Store
Saturday
24
September

Share Your Memory of
Theresa
Upload Your Memory View All Memories
Be the first to upload a memory!
Share A Memory
Send Flowers
Plant a Tree