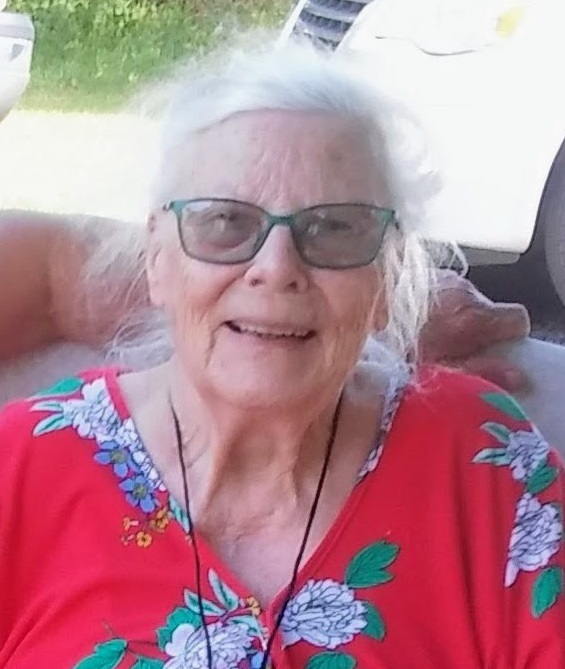 Obituary of Georgina A. Moody

Please share a memory of Georgina to include in a keepsake book for family and friends.
View Tribute Book
NORFOLK—Services for Georgina A. Moody, a resident of 11 Adams Road, Norfolk, will be held on Monday at 3 p.m. at the Buck Funeral Home in Norfolk with Pastor Jim Foote presiding. Burial will be held in Bixby Cemetery, Norfolk following the services. Family and friends may call at the Buck Funeral Home in Norfolk on Monday from 1 p.m. until the time of the service. Mrs. Moody passed away Tuesday morning, September 6, 2022 at the Canton-Potsdam Hospital. Georgina is survived by two daughters, Connie and Mike Spencer and Robin and Chris Baxter, both of Norfolk; her nine beloved grandchildren and twelve great-grandchildren as well as several nieces and nephews. She was pre-deceased by her husband Walter, a son Frank Moody, brothers Peter, Gerald, Alex and Cecil "Ronnie" DeShane, a sister, Veva Kelly and her half siblings Anna, Mildred, Lillian and Robert DeShane, Elsie Arquitte, Margaret Ward, Susie Smith and Caroline and Leonard Martin. Born in Norfolk, NY on July 21, 1930 to the late Robert and Martha Jandreau (Spelling), she attended Norwood-Norfolk Central School and married Walter "Wallace" Moody on February 15, 1947. She was a devoted homemaker as well as working as an aide at the St. Regis Nursing Home and Highland Nursing Home, both in Massena and cooking at the Sunset Lodge in Norwood. Georgina was a devoted communicant of the Norfolk United Methodist Church for many years and enjoyed crocheting, traveling with her family and being outside camping, fishing, picking berries and leeks and going on picnics. Memorial donations in Georgina's name can be made to the Norfolk United Methodist Church and memories and condolences may be shared online at www.buckfuneralhome.com . The Buck Funeral Home in Norfolk is serving the family of Georgina A. Moody.
To send flowers to the family or plant a tree in memory of Georgina Moody, please visit Tribute Store
Monday
12
September

Share Your Memory of
Georgina
Upload Your Memory View All Memories
Be the first to upload a memory!
Share A Memory
Send Flowers
Plant a Tree