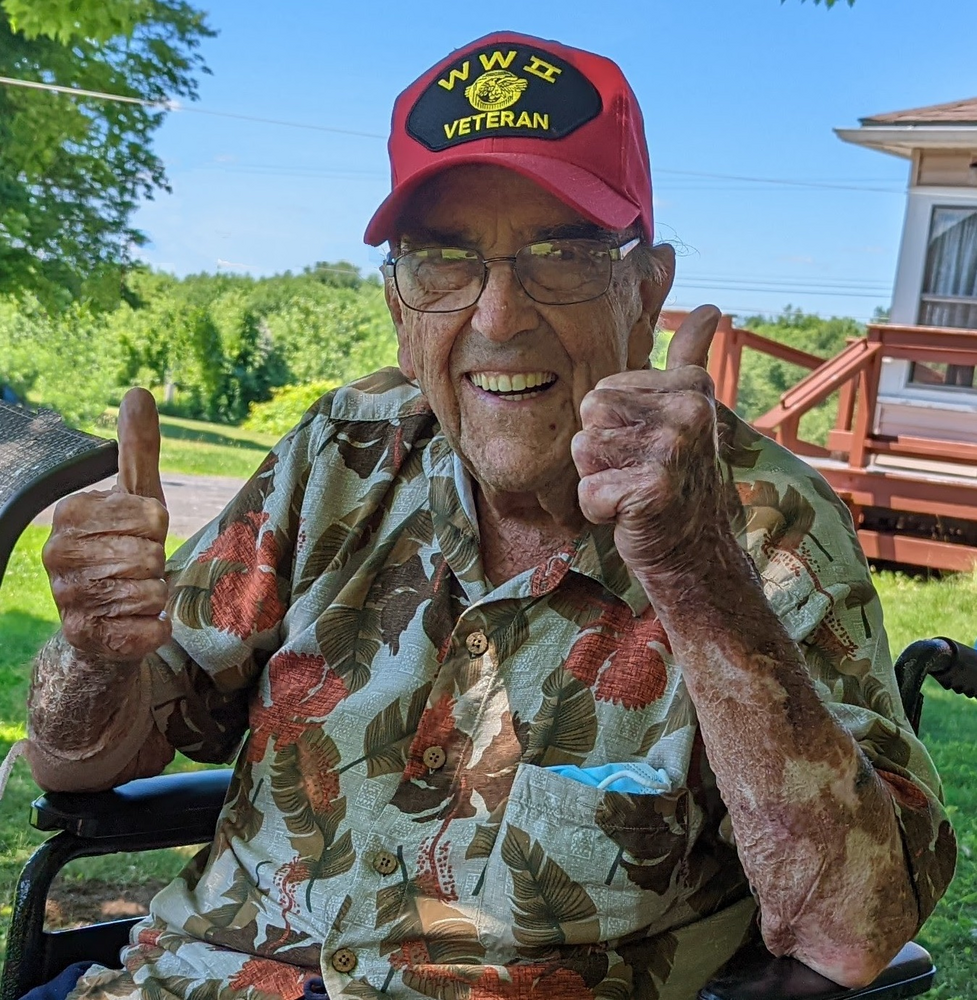 Please share a memory of Robert to include in a keepsake book for family and friends.
View Tribute Book
CHASE MILLS – Graveside services for Robert J. Lockhart, 96, a resident of 392 County Rt. 36, Chase Mills, will be held on Monday, August 29, 2022 at 11 a.m. in the Louisville Community Cemetery with Mother Sonya Boyce presiding. Mr. Lockhart passed away Thursday evening, August 18, 2022 at his home with family at his side. Robert is survived by his four children, Diana and Tony McManaman, Chase Mills, Robert and Patricia Lockhart, Webster, NY; Patrick and Kristy Lockhart, Dexter, ME and Patricia and Richard Sharlow, Raymondville and several beloved grandchildren and great-grandchildren as well as several nieces and nephews. Robert is pre-deceased by his parents, most recently his wife Alice, his brothers, William and George Lockhart and his three sisters, Helen Bisson, Jane Thrana and Mary Doerbecker. Born in Brooklyn, NY on December 28, 1925 to the late Howard and Helen Spence Lockhart, he schooled in New York City and entered the U.S. Navy, serving during WWII. He met the love of his life, Alice T. Neuschulz, while in New York City, and they were married on March 4, 1949. Robert worked as a welder and crane operator for Phelp's Dodge Copper Refinery in Long Island for many years. Robert enjoyed riding motorcycles and spending time with his family, especially his grandchildren. He also loved to sing, in fact, that's how he meet Alice. He loved singing to Alice and also sang with the Barbershop Quartet in Canton, NY as well as making his own CD. He was a longtime member of the Norfolk American Legion Riders, the Louisville Lions Club and helped with Meals on Wheels as well. Robert was loving cared for by Robyn Monroe and Hospice and Palliative Care. Memorial donations in Robert's memory can be made to the Louisville Lions Club or to Hospice and Palliative Care of the St. Lawrence Valley and memories and condolences may be shared online at www.buckfuneralhome.com.
To send flowers to the family or plant a tree in memory of Robert Lockhart, please visit Tribute Store
Monday
29
August