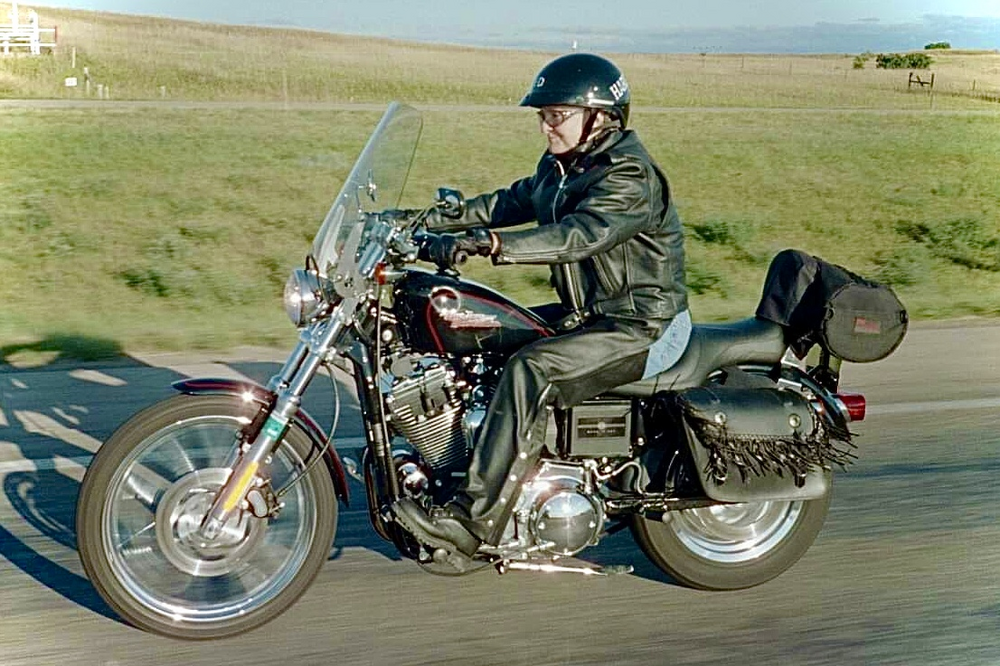 SOUTH COLTON – Sharon (Bradish) Andrews has left this world to join her husband John in the afterlife, where he's been waiting for her for the last 20 years -much like in life. Born in Potsdam, NY on June 10, 1942 -not in the days of the dinosaur as some of her kids liked to say- to the late Rodney E. and Jane McDonald Bradish, Sharon graduated from Gouverneur High School and attended SUNY Albany. While there she thoroughly enjoyed the college life, and was President of her sorority Sigma Alpha. She married John F. Andrews on November 18, 1963 and together they had eight children - two sons, Eric and Stephanie Andrews, Mexico, NY; Christopher and Kimberly Andrews, Albridge, NY; and six daughters, Sheri and Jerry Ford, Georgia, VT; Suzanne and Kevin Graczyk, Lockport, NY; Jolene and Julian Bowers, Flagstaff, AZ; Jennifer and Donald Hathaway, Roanoke, VA; Jessica Andrews and Kyle Murray, Colton; and Catherine and Clinton Perrigo, South Colton. They had a beautiful marriage, one of mutual respect and adoration, and provided a wonderful example for their children to follow in their own marriages. John would walk into the house after work, announce, "Honey! I'm hooooome!" then meet Sharon in an embrace, dip her, and kiss her passionately. Any kids in the vicinity would immediately pretend to be grossed out, but secretly be very entertained by the theatrical displays of affection. John passed away very unexpectedly on April 12, 2002 and Sharon never remarried, saying John was "the love of her life." Sharon was very active in her community, probably to get a break from all those kids originally, and in 2018 was presented with Colton's Citizen of the Year Award. She was a 42 year member of the Colton Volunteer Fire Department where she served as past Secretary-Treasurer and President. She was the first woman in the Colton department to go through firefighter courses, and also trained as an EMT. She worked at countless chicken barbecues and banquets, and marched miles of parades. She participated in the 1997 Polar Dip to raise money for the Colton Rescue Squad, donning a Madonna costume John made by strapping giant cones to a bustier. Though at the time her children thought they'd be scarred for life, they thoroughly enjoy the memory now. Sharon served on the Colton-Pierrepont Central School Board for 35 years, and was also involved in endless school groups and committees. She was a well-loved audience member at the school plays, her boisterous laugh ringing throughout the auditorium. Some of Sharon's fondest memories were of being a Leader of Colton's Girl Scout Troop 224, especially during the weeks at Camp Whispering Pines and Trefoil. She was also a member of the Town of Colton Board of Assessment Review. Sharon thought very highly of the town she and John settled in, and was committed to giving back to her community. When her kids were young Sharon maintained a bountiful garden, making strawberry rhubarb jelly and canning tomatoes- the main ingredient in her family famous spaghetti sauce. Her children -and their friends- remember especially fondly her homemade bread, which she made 8 loaves at a time. She was also a skilled seamstress, and among other things made wedding, bridesmaid, and prom dresses for her daughters and others. Sharon loved to read, and started each morning perusing the newspaper, alternately exclaiming and giggling to herself, and often expounding the importance of being an informed citizen. She was a steward of the earth, and taught her children and grandchildren the importance of recycling and composting. She enjoyed going for walks in the woods and pointing out various wildlife. Roughly 98% of the pictures on her phone are of bugs she didn't know the name of and wanted to identify. Sharon was easily recognizable driving around Colton in her big black dodge truck with a Harley-Davidson Motorcycles sticker in the back window. She learned to drive a motorcycle when she was in her 60s and rode her Harley-Davidson Sportster at the 2004 Sturgis Motorcycle Rally in South Dakota. She loved her special trips with her children, traveling to Montana, Arizona, and Virginia, and to England, Spain, and Ireland. "Life is an adventure!" she would say, often during traveling MISadventures, and much to the chagrin of her traveling companions. Sharon was known as "Grandma Cuckoo" to her grandchildren, and was particularly delighted by their antics. She transformed into an altogether different human for them, building blanket forts, doling out an endless supply of sour gummy worms -often right before dinner- and treating belly aches that kept them home from school with favorite snacks and tv shows. Her 21st grandchild was born May 9th, and through that night and into the next day Sharon waged an epic battle against her cancer so that she could meet her granddaughter in person and see her family home and settled. Only then did she pass -peacefully and with a smile on her face. Funeral services for Sharon will be held on Friday May 20th at 3pm at St. Patrick's Church in Colton with Rev. Joseph Giroux presiding. Burial will be held in St. Patrick's Cemetery. Family and friends may call at the Buck Funeral Home in Colton on May 19th from 4 to 7 p.m. Donations in Sharon's memory can be made to the Ryan's Wish Foundation c/o Dr. Robert Saidel, P.O. Box 326, Gouverneur, NY 13642, to the Colton Fire Department or Rescue Squad, or to Hospice of St. Lawrence Valley. Memories and condolences may be shared online at www.buckfuneralhome.com . Oh! She would also want us to mention that she leaves this world with all of her own beautiful white teeth.
To send flowers to the family or plant a tree in memory of Sharon Andrews, please visit Tribute Store
Thursday
19
May

Share Your Memory of
Sharon
Upload Your Memory View All Memories
Be the first to upload a memory!
Share A Memory
Send Flowers
Plant a Tree