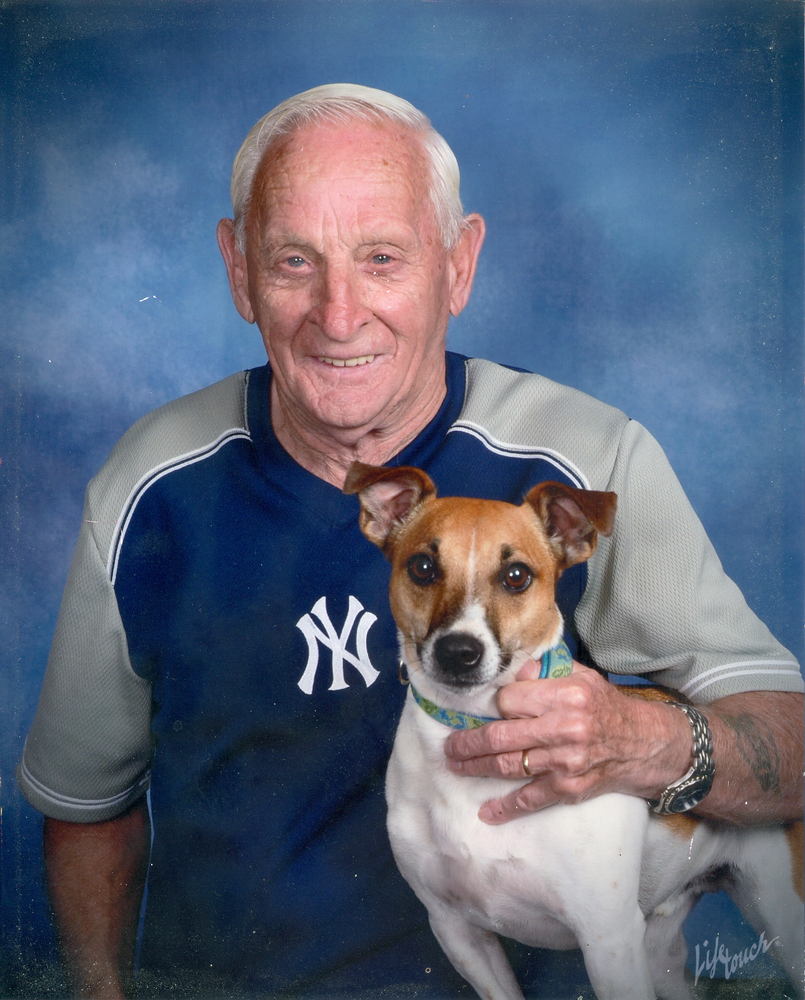 Please share a memory of Lawrence to include in a keepsake book for family and friends.
View Tribute Book
NORFOLK – A Mass of Christian burial for Lawrence R. Ashley, 86, a resident of the Colonial Rehabilitation and Nursing Center in Rome, NY and a lifelong resident of Norfolk, will be held Tuesday, April 12, 2022 at 11 a.m. at the Church of the Visitation in Norfolk with Rev. Garry Giroux presiding. Burial will be held in the Visitation Cemetery in Norfolk later this spring. Family and friends may call at the Buck Funeral Home in Norfolk on Monday from 4-7 p.m. Mr. Ashley passed away on Wednesday, April 6, 2022 at the Colonial Rehabilitation and Nursing Center. Lawrence is survived by his son, Lawrence and Nicole Ashley, Norwood; his two beloved grandchildren, Rhett and Ryley Ashley; a brother, William Ashley, Madrid and two sisters, Agnes Phelix, Massena and Patty Ashley, Georgia as well as several nieces and nephews. Lawrence was pre-deceased by his wife Barbara, two brothers, Wayne and Chester and two sisters, Ida Greenwood and Anna LaVack. Born in Norfolk, NY on January 1, 1936 to the late William and Winnifred Barrigar Ashley, Lawrence attended high school and married Barbara Campbell on January 7, 1956. Barbara later passed away on November 29, 2011. He was a long-time member of Local 322 Laborer's Union, Massena, NY for 67 years. He began his career in 1955 and retired in 1993. He worked all over the north country, most notably at the St. Lawrence Seaway, SUNY Canton and Fort Drum. Lawrence was also a member of the Norfolk Fire Department and the Norfolk Rescue Squad. He enjoyed spending time with his family, watching his grandsons participate in sporting events, going to camp, 4-wheeling, helping out at the Visitation Cemetery and riding around in his smart car with his beloved dog, Lightning. Memorial donations in Lawrence's memory can be made to the Norfolk Fire Department or Rescue Squad and memories and condolences may be shared online at www.buckfuneralhome.com . The Buck Funeral Home in Norfolk is serving the family of Lawrence R. Ashley.
To send flowers to the family or plant a tree in memory of Lawrence Ashley, please visit Tribute Store
Monday
11
April

Share Your Memory of
Lawrence
Upload Your Memory View All Memories
Be the first to upload a memory!
Share A Memory
Send Flowers
Plant a Tree