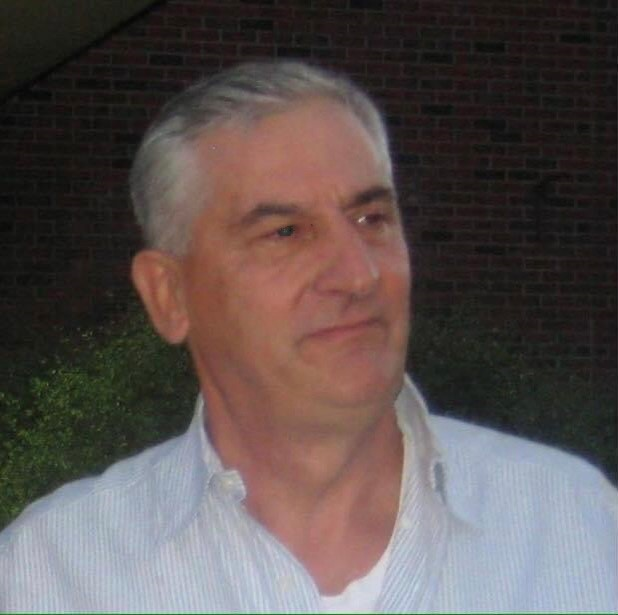 Please share a memory of Tony to include in a keepsake book for family and friends.
View Tribute Book
KNAPPS STATION -- Funeral services for Tony J. Almasy, "Big T", 72, a resident of Winthrop, will be held at the Knapps Station Community Church with Pastor Lee Sweeney presiding. Calling hours will take place on Saturday, March 5th from 10 a.m. - 12 p.m. with the Funeral services immediately following. Burial will be held in the Hale Cemetery, Norfolk in the spring. Tony passed away unexpectedly at his home on Friday, February 25, 2022 of natural causes. He is survived by his wife of 50 years, Debbie; three sons, Michael Almasy (Elkridge, MD), Daniel and Jona Almasy (Ashburn, VA) and Timothy Almasy (Winthrop); two daughters, Carolyn and John VanKennen (Norfolk), and Jennifer Sullivan (Madrid). Tony is also survived by his eleven cherished grandchildren (Emily & Matt, Austin, Maycee, Elizabeth, Sophia, Alexis, Lacey, Ryan, Lucas, Easton and Ryelle), his five great-grandchildren (Gabrielle, Wendall, Adelyn, Harper and Oakley), and his four brothers - Richard and Jeanie (Freeport, IL); Steven and Betty (Rockford, IL); James and Deboran (Winthrop); and John and Mary (Bel-Air, MD). He was pre-deceased by his parents, a sister Patricia Miller, and two brothers Robert and William Almasy. Born in Potsdam, NY on July 18, 1949 to the late Steve and Helen Neer Almasy, he graduated from Norwood-Norfolk High School and enlisted in the U.S. Army during Vietnam, serving two tours. Upon being honorably discharged, he married Deborah J. Levison on April 2, 1971. Tony worked for St. Lawrence County as a Corrections Officer. He was a member of the Disabled American Veterans (DAV) and the American Legion. Tony enjoyed spending time on his hobby farm tending to his horses, taking care of his land and working in his gardens. He spent much time in the spring tapping his maple trees and making maple syrup with his family. He spent many summers making memories at Camp Almasy which he built from the ground up with the help of friends and family. He also enjoyed hunting and fishing in his younger years. He was a wheeler and a dealer and enjoyed buying and selling and hitting garage sales. He also had the gift of gab and whoever met him instantly liked him. He could and would strike up a conversation with anyone, find a common ground and have a great conversation. Most who met him just one time would never forget him. Anyone that knew Tony also knew that sports were a huge part of his life. From playing baseball on Wheeler Lane as a kid, to starring on his high school basketball team, to watching his own children excel on the court and field, to cheering on his grandkids - sports has always been one of his biggest passions and often the center of conversation. This passion has been passed on to his kids and grandkids and has created a beautiful bond - their Papa was their biggest fan. His grandkids were his world. He was a dedicated Papa who was so proud of his grandkid's accomplishments and went to every sporting event that he could. He spent many hours watching them either on the basketball court, the soccer field or the softball/baseball diamond. If he wasn't able to watch in person, he would be watching online or listening from afar. All of his pre and post-game phone calls will be missed! Tony was also a dedicated and loving husband of over 50 years. He cherished his wife, Debbie, often telling his kids how he would be lost without her and how lucky he was to have her. Their love story is one of a kind and one that will be shared for generations to come. Tony was also a religious man and a member of the Knapps Station Community Church. Although he will be missed terribly, he was close with God and we believe he is now in a better place. Memorial donations in Tony's memory can be made to the Norfolk American Legion and memories and condolences may be shared online at www.buckfuneralhome.com. The Buck Funeral Home is serving the family of Tony J. "Big T" Almasy.
To send flowers to the family or plant a tree in memory of Tony Almasy, please visit Tribute Store
Saturday
5
March

Share Your Memory of
Tony
Upload Your Memory View All Memories
Be the first to upload a memory!
Share A Memory
Send Flowers
Plant a Tree