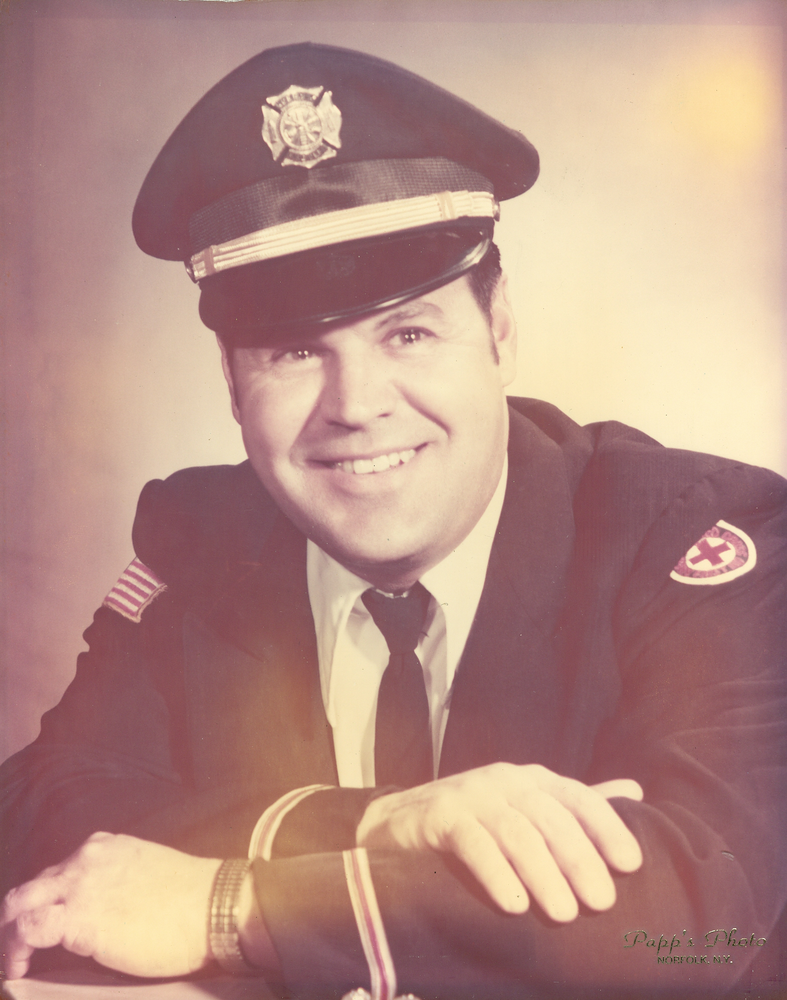 Please share a memory of Donald to include in a keepsake book for family and friends.
View Tribute Book
NORFOLK—A Mass of Christian Burial for Donald J. "Smiley" LaBarge, 83, a resident of the Massena Rehabilitation and Nursing Center, Massena, and a longtime resident of Norfolk, will be held on Friday, February 18, 2022 at 12 noon at the Church of the Visitation in Norfolk with Rev. Garry Giroux presiding. Burial will be held in the Visitation Cemetery in the spring. Family and friends may call at the Buck Funeral Home in Norfolk on Thursday from 4-7 p.m. Mr. LaBarge passed away with family at his side on Saturday evening, February 12, 2022 at Massena Rehabilitation and Nursing Center. Smiley is survived by his ten children; Marcia (Ed) Giampoli, St. Cloud, FL; Randall (Julie) LaBarge, Walworth, NY; Timothy (Jane) LaBarge, Macedon, NY; Craig (Tammy) LaBarge, Norfolk, NY; Janet Tiffany, St. Cloud, FL; Teresa (Kevin) Planty and Brenda (Fred) French both of Litchfield, NH; Claire (Vincent) Regan, Manchester, NH; Jeanne (Brian) Murphy, Bradenton, FL and Joanne LaBarge, of Potsdam, NY. Smiley is also survived by his beloved 28 grandchildren, 23 great-grandchildren, dozens of nieces and nephews and a sister, Joan Martin, Norwood. Smiley is pre-deceased by his beloved wife Dawn, his parents and three brothers, Bernard, Dale and Thomas. Born in Norfolk, NY August 13, 1938 to the late Raymond and Lillian Frederick LaBarge, Smiley graduated from Norwood-Norfolk Central School and married Dawn E. King on February 15, 1958. Dawn passed away on November 26, 2016. He worked as a Plumber and Pipefitter at General Motors in Massena for 24 years, retiring in 1999. Smiley was a devoted husband, father and grandfather and member and former Chief of the Norfolk Fire Department, serving in many capacities over his 60 years of service to the community. He also enjoyed golfing, playing and coaching hockey, softball, playing guitar, country music, dancing and traveling. Thank you for the staff and hospice at Massena Rehabilitation & Nursing Center who took care of our dad. Memorial donations in Smiley's memory can be made to Hospice of St. Lawrence Valley, Norfolk Volunteer Fire Department, Rescue Squad or Church of the Visitation. Memories and condolences may be shared online at www.buckfuneralhome.com . The Buck Funeral Home is serving the family of Donald J. "Smiley" LaBarge.
To send flowers to the family or plant a tree in memory of Donald LaBarge, please visit Tribute Store
Thursday
17
February

Share Your Memory of
Donald
Upload Your Memory View All Memories
Be the first to upload a memory!
Share A Memory
Send Flowers
Plant a Tree