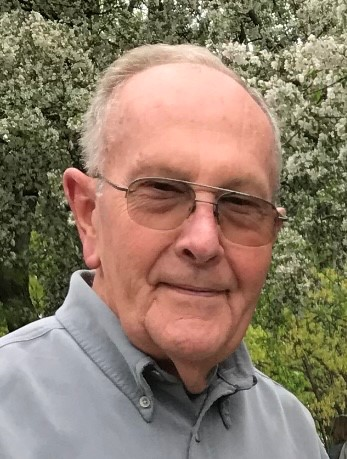 Please share a memory of Robert to include in a keepsake book for family and friends.
View Tribute Book
SOUTH COLTON – Robert O. "Bob" Bixby, a resident of South Colton and formerly of Norfolk, passed away peacefully early Friday morning at his home on Higley Flow after a short bout with cancer. Bob is survived by his wife of 57 years, Louise; his two daughters, Mindy Bixby and Leigh Rodriguez, and his four beloved grandchildren, Mollie Curtis and Bowen, Tate and Neiva Rodriguez, all of Canton. Bob is also survived by his three siblings, Beth (John) Davis of Fletcher, NC, Joel (Jennifer Baird) Bixby of Lisbon NY, Roy (Jennifer Hazen) Bixby of Malta, NY, and several nieces, nephews, and cousins. He was pre-deceased by his parents. Bob was born in Potsdam, NY on July 11, 1938 to the late Donald and Irene McGee Bixby of Norfolk. He graduated from Norwood-Norfolk Central School and Cornell University, where he earned a Doctorate in Veterinary Medicine in 1962. While at Cornell Bob met the love of his life, Louise A. Young. They were married on April 11, 1964. Bob first began practicing veterinary medicine in Somerville, New Jersey, then moved back to Norfolk in 1965 to join his father's practice. Shortly afterward he built a new veterinary hospital on Rt. 56 in Norfolk, which he operated with the able assistance of his lifelong friend Clark Warner until their retirements in the late 1990s. By that time he and Louise had moved to their new home on Higley Flow. Bob enjoyed membership in the Norfolk Lions Club, coaching in the Norfolk-Norwood girls' hockey program during the 1980s, membership in the St. Lawrence Power & Equipment Museum, and vintage big trucks. He and Louise also spent many winters in Titusville, Florida where he made many new friends while volunteering to help restore vintage military airplanes at the Valiant Air Command Warbird Museum. Burial will be in the spring at Bixby Cemetery in Norfolk, where he will be interred alongside his infant son Timothy Orton Bixby, born in 1967. It is anticipated that final services will be held in July. Memorial donations in Bob's memory can be made to Help Sami Kick Cancer, 5905 CR 27, Canton, NY 13617. Memories and condolences may be shared online at www.buckfuneralhome.com . The Buck Funeral Home is serving the family of Robert O. "Bob" Bixby.
To send flowers to the family or plant a tree in memory of Robert Bixby, please visit Tribute Store