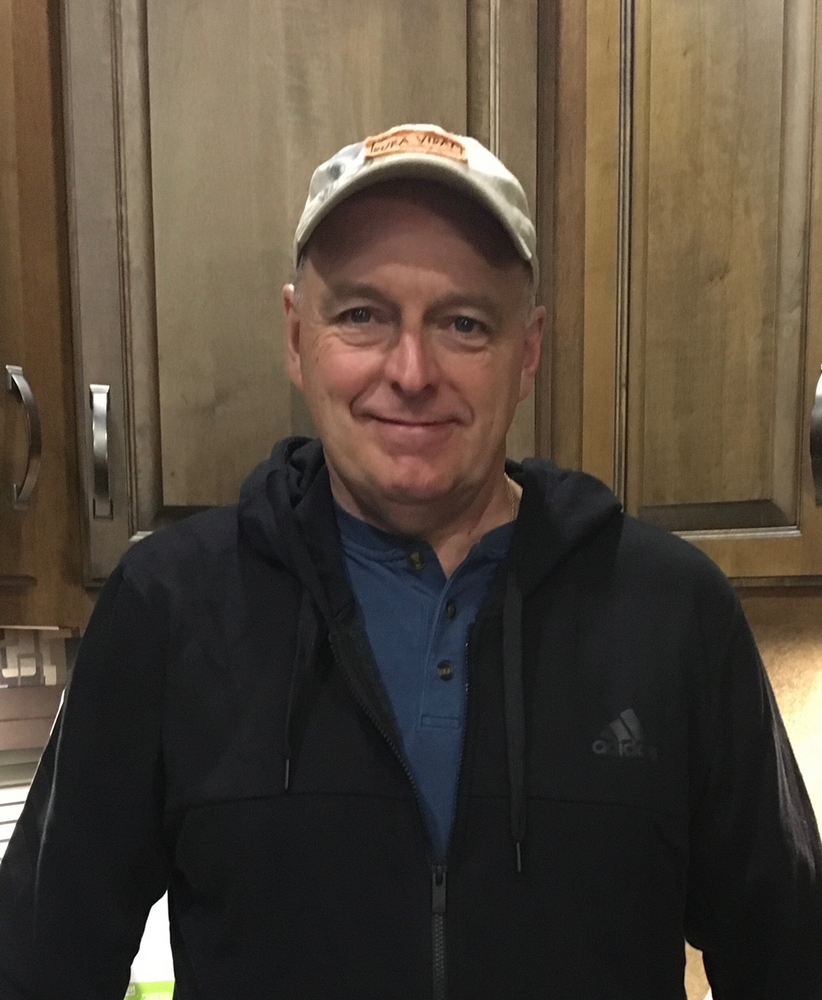 Please share a memory of Scott to include in a keepsake book for family and friends.
View Tribute Book
HANNAWA FALLS – After suffering from a rare neurodegenerative disorder, Multiple System Atrophy, for a number of years, Scott passed away peacefully Wednesday afternoon, December 22, 2021, at home with his wife, Lisa, at his side. Scott is survived by his wife, Lisa Grant-Todd, Hannawa Falls; a son, Johnathon and daughter in law Merissa Gagne, Hammond; a daughter, Erica and son in law Michael Cosgrave, Syracuse; three beloved grandchildren, Camilla and Livia Gagne and Michael Aiden Cosgrave; his three brothers, Kirk and Patty Todd, Canton; Brian and Debbie Todd, Canton; Bruce Todd, Hannawa Falls; a sister, Donna and Richard "Dick" Stiles, Canton as well as several nieces and nephews. Scott was pre-deceased by his parents, William and Barbara. Born in Ogdensburg, NY on September 1, 1960 to the late William J. and Barbara Fisher Todd, he graduated from Canton High School. Scott married Lisa Grant on May 16, 2010 in Key Biscayne, FL. Scott was a self-proprietor, owning and operating Todd's CITGO in Canton for many years, and later, owned and operated Todd's Minimart in Potsdam as well. Scott's family was the most precious to him. He was always ensuring their needs were met before his own. Scott was an avid outdoorsman. He belonged to several hunting clubs over the years – Ormsbee Pond, Stag Club, Flying A, Rainbow Brook and Rainbow. Scott could often be seen in South Colton hunting rabbits with his best beagle buds Willie and Waylon. If Scott wasn't hunting, he could be found fishing on Hannawa Pond all hours of the day and night and all seasons reeling in the bullhead and walleye during summer and pike during ice fishing. Lisa would often call Scott after midnight asking him when he was coming off the water and his answer was always the same, "But the fish are biting". Memorial donations in Scott's memory can be made to the MSA Coalition on-line at multiplesystematrophy.org or MSA Coalition at 7918 Jones Branch Drive, Suite 300, McLean, Virginia USA 22102 And Hospice and Palliative Care of the St. Lawrence Valley 6805 US 11, Potsdam, NY 13676. Memories and condolences may be shared online at www.buckfuneralhome.com . The Buck Funeral Home in Colton is serving the family of Scott R. Todd. A Celebration of Life gathering for Scott R. Todd, 61, a resident of 150 Postwood Road, Hannawa Falls, will be held in the spring at a date and time to be announced.
To plant a beautiful memorial tree in memory of Scott Todd, please visit our Tree Store

Look inside to read what others have shared
Family and friends are coming together online to create a special keepsake. Every memory left on the online obituary will be automatically included in this book.
View Tribute Book
Services for Scott Todd
There are no events scheduled. You can still show your support by planting a tree in memory of Scott Todd.
Plant a tree in memory of Scott

Share Your Memory of
Scott
Upload Your Memory View All Memories
Be the first to upload a memory!
Share A Memory
Plant a Tree