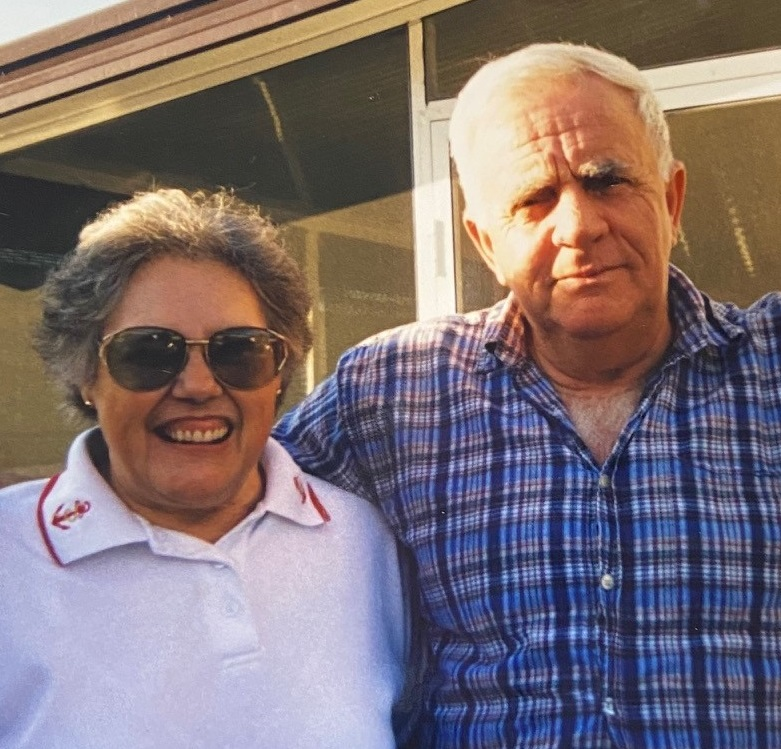 Please share a memory of Frank to include in a keepsake book for family and friends.
View Tribute Book
NORFOLK-- In his 81 years, Frank W. LaDue taught us many things. He always warned us of the dangers of taking Nyquil; "It will give you nightmares." He showed us all that "hotdog soup" was the best meal in the world. He got us hooked on his homemade Marshmallow frosted cakes. Most importantly, Frank taught us how to love unconditionally. Oh, and we all learned from him how to have a wicked and sarcastic sense of humor. Born in Norfolk, NY on October 14,1940 to the late Roy I. and Mable Lavine LaDue, he graduated from Norwood-Norfolk Central School and served in the U.S Army. He married Phyllis Monroe on June 12, 1965. Together they had a son,Gilbert, who sadly passed away as an infant, but they opened their hearts and home to adopt their son, Mark, as well as raise their niece and nephew, Billie Jo and Stephen LaComb. Frank was a BIG personality. If he liked you, you were picked on, relentlessly (he would give a little smirk to let you know he was joking.) He was not for the faint of heart. And that's exactly what drew people to him. He was the KING of nicknames. Many of us call our kids or friends "Chum," because he called everyone that. If he forgot someone's name, he would use the term Dumb, Dumb (lovingly, of course.) He'd say, "You know the guy down the road that sold the blue house? YOU know…Dumb, Dumb!" His neighbor had a nasty habit of not cleaning up after her dogs, and he gave her a nickname that cannot be printed here, but if you know Frank, you KNOW what the name is. We still aren't sure of her actual name. When you visited Frank, he'd be sitting at his kitchen table with his plaid shirt that was unbuttoned just enough for a small patch of chest hair to be poking out of the top, which he was secretly proud of, and his Wrangler or Rustler jeans that he bought from Wal-Mart, his favorite store. He'd be ready with a pot of coffee and many stories. In those moments he would convince you that wrestling was, in fact, real, and that you did NOT need to shut the breaker off while doing electrical work. "You'll just get a little poke." He loved company and lit up when people stopped by. Frank hated cold weather. When the kids were young he had the wood stove so hot that they'd all be in their underclothes or face the consequence of possible heat stroke. Eventually he and Phyllis spent their winters in Florida where they enjoyed walks and dinner with friends. On the surface you would have assumed Frank was a tough, unemotional guy, but if you saw him tear up when he held his granddaughter (Emma) for the first time or hugged his "Little Punky" (Josh), you knew it was all an act. He was a softy. After his wife had a stroke, he cared for her every need with devotion and love and without complaint. He did that for 25 years, all the while offering his family and friends help when needed. He was an example of what real love is supposed to be. On Monday, November 29, 2021 Frank's cod liver oil and cinnamon pills finally stopped working, and he uttered his last inappropriate, yet hilarious comment. He passed away peacefully in his home of almost 50 years surrounded by his grandson, Josh and nephew, Tyler and his wonderful caregivers. Frank will be fondly remembered by his son, Mark LaDue and his wife Tonya, his grandson, Josh LaDue and fiancé, Emily Hulse, granddaughter, Emma LaDue, his niece Billie Jo Murray, whom he nicknamed Willie, her husband Todd, and their children, Tyler, Tori, and Elizabeth Murray, his brother, Allen LaDue and many other beloved nieces and nephews. Frank was predeceased by his wife, Phyllis, two brothers, Reggie and John LaDue, two sisters Florence Barney and Jane Bently, and his nephew, Stephen LaComb. At Frank's request, there will be no funeral or memorial service. Instead, please feel free to post your thoughts and condolences on Frank's Facebook page and online at www.buckfuneralhome.com .
To plant a beautiful memorial tree in memory of Frank LaDue, please visit our Tree Store

Look inside to read what others have shared
Family and friends are coming together online to create a special keepsake. Every memory left on the online obituary will be automatically included in this book.
View Tribute Book
Services for Frank LaDue
There are no events scheduled. You can still show your support by planting a tree in memory of Frank LaDue.
Plant a tree in memory of Frank

Share Your Memory of
Frank
Upload Your Memory View All Memories
Be the first to upload a memory!
Share A Memory
Plant a Tree