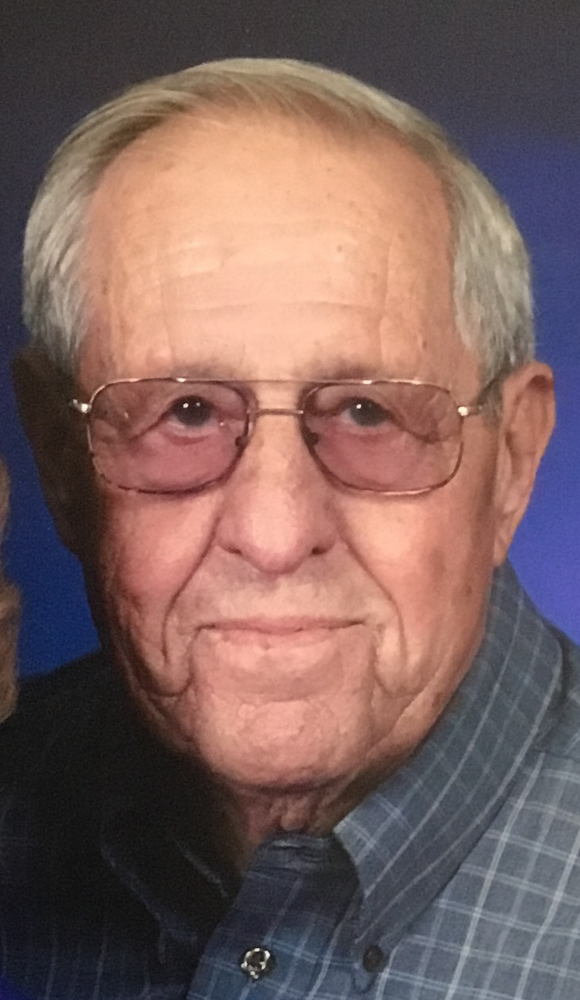 Obituary of George A. Robert

Please share a memory of George to include in a keepsake book for family and friends.
View Tribute Book
COLTON—A Mass of Christian Burial for George A. Robert, 96, Colton, will be held on Wednesday, November 10, 2021 at 11 a.m. at St. Patrick's Church in Colton with Rev. Joseph Giroux presiding. Burial will be held in St. Patrick's Cemetery, Colton with Military Honors. Following the services, a luncheon will be held at the Colton AMVETS. George passed away peacefully Thursday evening, November 4, 2021 at the Canton-Potsdam Hospital. George is survived by his three sons, Ronald and Nancy Robert, Colton; Dennis "Denny" and Joanne Robert, Mexico and David and Cindy Robert, Mexico. George is also survived by his seven beloved grandchildren, Brian, Jeff, Katie, Julie, Pat, Stacie, Meagan; several great-grandchildren and two sisters, Grace Hawley, Colton and Virginia "Ginger" Guyette as well as several nieces and nephews. George was pre-deceased by his parents, his wife Bernice on September 10, 2021, two brothers, Berton Robert and Paul Robert. Born in Pierrepont, NY on September 22, 1925 to the late Bert J. "Paul" and Edith Paro Robert, George attended school in Pierrepont and later enlisted in the U.S. Army. George was wounded at the Battle of the Bulge and was listed as missing in action for a period of time. He later received the Purple Heart, the European African Middle Eastern Campaign Medal, and the World War II Victory Medal. Upon his return home, he married Bernice Campbell on September 3, 1946. George worked for the Operating Engineers Union, where he eventually attained the position of Equipment Superintendent for Warren Bros. in Syracuse. George was a dedicated member of St. Patrick's Church. He loved the outdoors, especially hunting and fishing, and was a member of the Bruner Hill Hunting Club and the Birch Brook Hunting Club, and no one could tell a better hunting story. George was also a past member and Chief of the Colton Fire Department. Memorial donations in George's name can be made to the Wounded Warriors Project at www.woundedwarriorsproject.org and memories and condolences may be shared online at www.buckfuneralhome.com . The Buck Funeral Home is serving the family of George A. Robert.
To send flowers to the family or plant a tree in memory of George Robert, please visit Tribute Store
Wednesday
10
November

Share Your Memory of
George
Upload Your Memory View All Memories
Be the first to upload a memory!
Share A Memory
Send Flowers
Plant a Tree