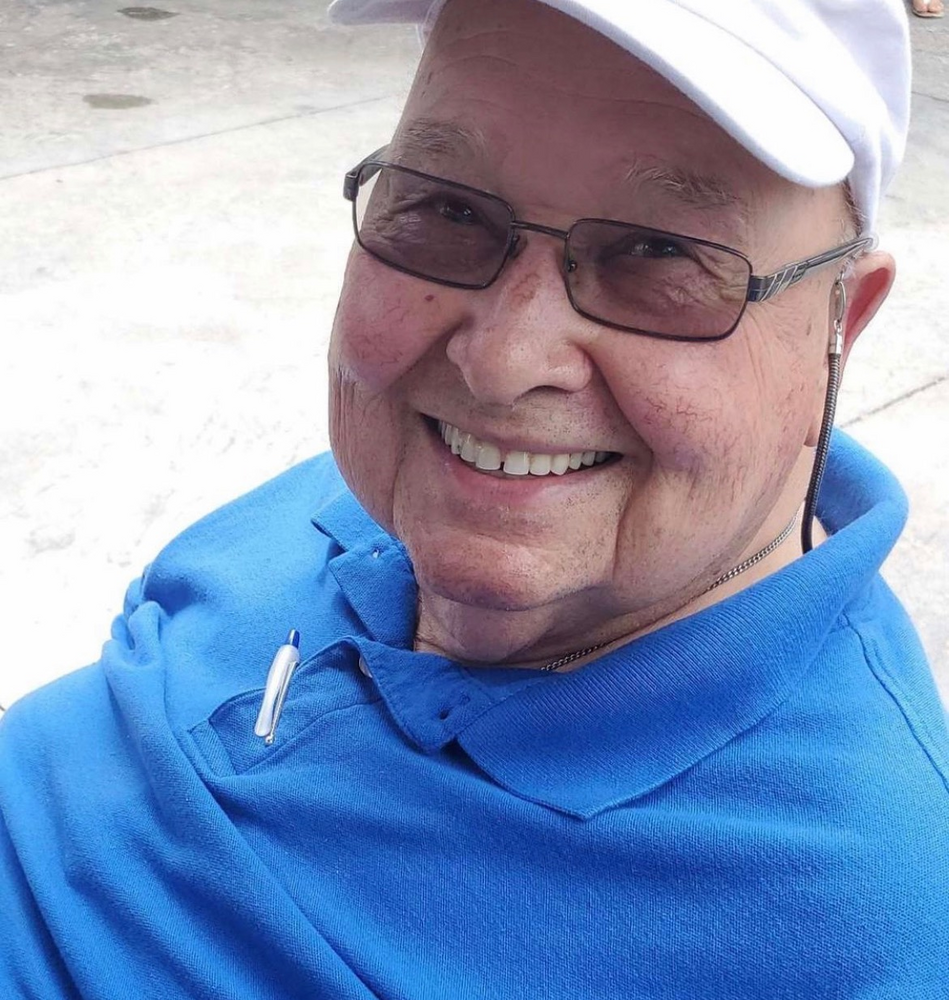 Please share a memory of Richard to include in a keepsake book for family and friends.
View Tribute Book
COLTON—A Mass of Christian Burial for 82 year old Richard F. "Dick" Ensby, a resident of 6100 Deep Glade Drive, Baldwinsville, and formerly of Colton, NY, will be held Tuesday, October 26, 2021 at 11 a.m. at St. Patrick's Church in Colton with Rev. Joseph Giroux presiding. Burial will be held in St. Patrick's Cemetery, Colton following the service. Family and friends may call at the Buck Funeral Home in Colton on Monday, October 25th from 4-7 p.m. Mr. Ensby passed away early Friday, October 22, 2021 at the Crouse Hospital Comfort Care unit in Syracuse with family at his side. Better known as "Grr" to family and friends, he was preceded in death by his wife of 58 years, Lois and a son, Christopher. He is survived by five children, Michael (Ellyn) Ensby of Lansdale, PA; Lynda Ensby of Baldwinsville, NY; Stephen (Colleen) Ensby, of Phoenix, NY; Machell (Al) Jones of Baldwinsville, NY; and Stephany (Douglas) Collins of Weedsport, NY. "GrrPa" is also survived by thirteen beloved grandchildren, Trevor (Jill) Jones, Geoffrey (Molly) Ensby, Alex (Holly) Ensby, Madison Slater, Jack Slater, Paige Ensby, Brooke Ensby, Samantha Jones, Nikolas Jones, Ashton Collins, Adrihanna Collins, Lorelai Ensby, Quinncy Ensby, and Franncis Ensby, and by three great-grand-children, Hailey and Claire Jones, and Eugene Richard Ensby. Born in Canton, NY on October 29, 1938 to the late Ralph and Helen Ensby, Dick graduated from Canton Central High School, earned an Associate's Degree from Canton ATC, and spent time as a military police reservist through the Canton army reserve center. After completing his college degree and military service, he married Lois M. Dominy on May 30, 1959. For nearly 60 years, he worked in the dairy industry in both project management and sales roles, while helping Lois raise their family in Baldwinsville. During those years, he most enjoyed summers on Higley Flow in Colton as the "all-day" boat driver while his children, nieces and nephews, and multitude of other campers' kids water skied to their hearts content. In the late 1990s, Dick and Lois returned full-time to the North Country where he became active at St. Patrick's Catholic Church when not captaining his daughter's pontoon boat on "the Flow". Moving back to Baldwinsville prior to Lois' death in the late 2010s, Dick resumed a prior passion for golf and teamed up with his son, Steve in a local league. The true joy of his life, however, was his family, and most especially his grandchildren. Memorial Donations in Dick's memory can be made to the St. Patrick's Altar and Rosary Society or to the Comfort Care unit at Crouse Hospital in Syracuse and memories and condolences may be shared online at www.buckfuneralhome.com . The Buck Funeral Home in Colton is serving the family of Richard F. Ensby.
To send flowers to the family or plant a tree in memory of Richard Ensby, please visit Tribute Store
Monday
25
October

Share Your Memory of
Richard
Upload Your Memory View All Memories
Be the first to upload a memory!
Share A Memory
Send Flowers
Plant a Tree