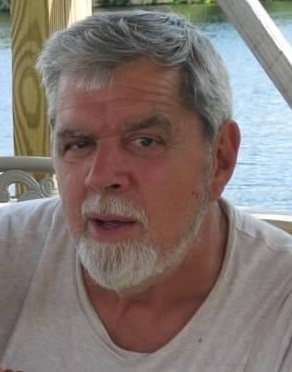 Obituary of Stephen B. Connelly

Please share a memory of Stephen to include in a keepsake book for family and friends.
View Tribute Book
HANNAWA FALLS – Calling hours for Stephen B. Connelly, 81, a resident of the St. Joseph's Nursing Home, Ogdensburg and formerly of Burtwood Park Drive, Hannawa Falls, will be held on Friday, October 8th from 4-7p.m. at the Buck Funeral Home in Colton. A prayer will be offered at the conclusion of the calling hours by Rev. Msgr. Robert Aucoin. Steve passed away peacefully on Thursday morning, September 30, 2021 at the St. Joseph's Home. Steve is survived by his wife of 50 years, Nancy, Hannawa Falls; three sons, Dr. Stephen T. Connelly and wife Pathi, San Francisco, CA; Corey Connelly and wife Elizabeth "Liz", Austin, TX; Adam Connelly and wife Kelly, Hannawa Falls; a daughter, Heather Connelly-Hughes and her husband, Mark Hughes, Hannawa Falls; his eight beloved grandchildren, Austin, Gabby, Hannah, Brodey, Sebastien, Sidney, Ava and Carter; a brother, Andy and wife Cathy Connelly, South Colton and a sister, Diane Connelly, Columbia Maryland as well as several nieces and nephews. Stephen was pre-deceased by his parents, two brothers, Jerry and Jack Connelly and a sister, Margaret "Peggy" Cashman. Born in Albany, NY on April 26, 1940 to the late Bernard and Irene Saucier Connelly, Steve graduated from Colton-Pierrepont Central School in 1958 and attended Potsdam State and then St. Lawrence University, earning two Masters Degrees. He married Nancy A. Smith in April of 1971. Steve taught 5th grade for many years, retiring from Potsdam Central School in 1996. Steve's life was teaching, everything he did and said was a life lesson. In his spare time; Steve enjoyed hunting, going to camp, boating, campfires with his family and friends, and working and maintaining his properties He could often be found at the rink, at the field, or on the court enjoying his children's and then Grandchildren's sporting events. He also enjoyed selling real estate and taking an occasional nap or two. In Lieu of flowers, memorial donations in Steve's memory can be made to the St. Joseph's Nursing Home Activities Fund or you may express an act of kindness to the nurses and staff on the 1st Floor of the St. Joseph's Nursing Home for their care of Steven over the last few years. Memories and condolences may be shared with the family at www.buckfuneralhome.com . The Buck Funeral Home in Colton is serving the family of Steven B. Connelly.
To send flowers to the family or plant a tree in memory of Stephen Connelly, please visit Tribute Store
Friday
8
October

Share Your Memory of
Stephen
Upload Your Memory View All Memories
Be the first to upload a memory!
Share A Memory
Send Flowers
Plant a Tree