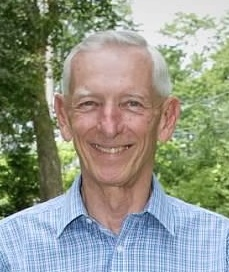 Please share a memory of Edward to include in a keepsake book for family and friends.
View Tribute Book
SOUTH COLTON-- Edward Woolston, resident of South Colton, passed away peacefully on September 20, 2021, at the age of 78. Mr. Woolston is survived by Marilyn, his wife of 54 years; his two daughters, Brooke and Mike Croft, Waverly, NY, and Joelle and Jackson Fisher, Baltimore, MD, and his dearest treasures, his five grandchildren, Davis, Ashlen, Drew, Blake, and Alexis. Ed was born in Buffalo on July 11, 1943, to the late Donald and Ellen Anderson Woolston. Ed was one year old when his father Donald died during a polio outbreak in Buffalo. Ed was president of his class at Lake Shore High School in Angola, NY, where he graduated in 1961. He attended SUNY Brockport and played basketball during his college years. He obtained a bachelor's degree in Health and Physical Education. Ed then earned a Master of Science degree in education from SUNY Potsdam followed by an Administrative Certification from St. Lawrence University. He taught Physical Education at Colton-Pierrepont where he met Marilyn Robinson, a student teacher at the time. They were married on June 17, 1967, at St. Bridget's Catholic Church in Copake Falls, NY. Ed and Marilyn taught Title I Migrant Education in Brant, NY during the 1967 and 1968 summer seasons. Ed worked at Colton-Pierrepont for 34 years where he was Director of Health, Physical Education, and Athletics and coached a variety of sports. He served the Town of Colton as both the Director of Summer Recreation Programs for 20 years and as a volunteer fireman. Ed was also involved with NYS AHPERD activities throughout his career and into his retirement. After retirement, Ed spent 10 years as a health inspector working for the state of New York. Ed enjoyed golf and hunting; he was a member of the Brunner Hill Hunting Club. He also, of course, attended almost any sporting event, whether as a coach, father, or grandfather. He was a lifelong fan of the Buffalo Bills and Sabres. Ed and Marilyn made the most of their retirement years. They enjoyed their summers at their camp on Rainbow Falls and their winters in Florida. The time in between was spent with their grandchildren and families. Ed never went anywhere without running into someone he knew. Ed was dedicated to helping others, ready to step in whenever needed, and always with a smiling face. Memorial donations may be made in his name to Colton-Pierrepont Community Scholarship Fund, Memory of Edward Woolston, 4921 State Hwy 56, Colton, NY 13625. A scholarship will be created in his name. Private services for Ed will be held at a later date and memories and condolences may be shared with the family online at www.buckfuneralhome.com . The Buck Funeral Home is serving the family of Edward J. Woolston.
To plant a beautiful memorial tree in memory of Edward Woolston, please visit our Tree Store

Look inside to read what others have shared
Family and friends are coming together online to create a special keepsake. Every memory left on the online obituary will be automatically included in this book.
View Tribute Book
Services for Edward Woolston
There are no events scheduled. You can still show your support by planting a tree in memory of Edward Woolston.
Plant a tree in memory of Edward

Share Your Memory of
Edward
Upload Your Memory View All Memories
Be the first to upload a memory!
Share A Memory
Plant a Tree