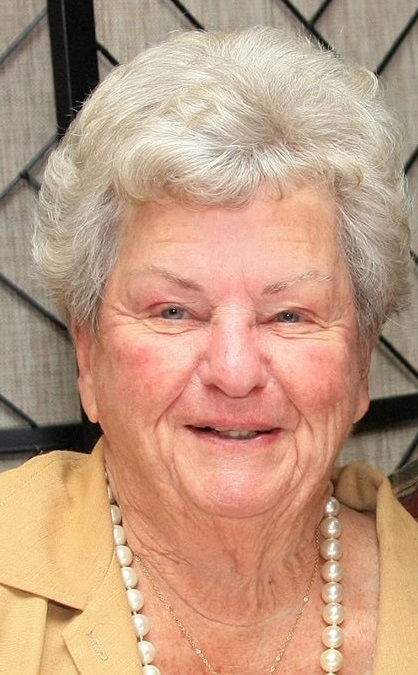 Obituary of Margaret A. "Peg" Smith

Please share a memory of Margaret to include in a keepsake book for family and friends.
View Tribute Book
NORFOLK – A Mass of Christian Burial for Margaret A. "Peg" Smith, 89, a resident of 6 ½ South Main Street, Norfolk, will be held on Thursday, August 26, 2021 at 10 a.m. at the Church of the Visitation in Norfolk with Rev. Andrew Amyot presiding. Burial will follow in the Visitation Cemetery in Norfolk following the services. Family and friends may call at the Buck Funeral Home in Norfolk in Wednesday, August 25, 2021 from 2-4 and 6-8 p.m. Mrs. Smith passed away peacefully early Sunday morning, August 22, 2021 at her home with her family. Peg is survived by her husband of 67 years, Alfred "Al", Norfolk; her six children, David Smith, Webster, NY; George and Nataliya Smith, Norfolk; Karen and Anthony "Mark" DeCare, Norfolk; Randy Smith, Gillett, PA; Sue Smith, Rock City Falls, NY and Tammy and Larry Villnave, Norfolk; her 12 beloved grandchildren, Travis and Chelsea Smith; Samantha and Matt Saxby; Greg and Sarah Smith; Robert and Mindi Smith; Kevin Smith; Sheila and Kevin Labier; Oleksandr and Polina Bashlachov; Benjamin and Sarrah Smith; Michelle Smith; Eric and Christine Sweet; Joella and Bernardo Amaro and Garrett and Patty Sweet and her 19 great-grandchildren with another child expected in October. Peg is also survived by her adoptive children, Louise Gardner, DeKalb Junction; Merja Vikgren, Finland; Anna Kopecka', Slovakia; her four brothers, Rev. George Belgarde SJ, NYC; William Belgarde, Syracuse; Richard "Tommy" Belgarde, Massena; James "Jim" Belgarde, Norfolk; a sister, Mayfred Balaban, Fairport as well as several nieces and nephews. Peg was pre-deceased by her parents; three brothers, Clyde Joseph, Francis and Charlie Belgarde and a sister, Mary Frego. Born in Potsdam, NY on October 22, 1931 to the late Almer and Beatrice Adams Belgarde, Peg graduated from Norfolk High School. For a short while, Peg played semi-pro baseball in Syracuse and later married Alfred J. Smith on June 12, 1954. Peg was a devoted mother and bookkeeper for the family store, Al Smith's Superette, in Norfolk for many years. She was active with the Cub Scouts and Girl Scouts, as at one point she had all six of her children active in the scouts. Peg was a devoted Christian, attending The Church of the Visitation as well as being a member of the Altar and Rosary Society. She loved flowers, shopping, decorating and the holidays (especially Christmas). Peg also enjoyed watching her favorite NASCAR driver, Jimmie Johnson race and was an avid golfer, bowler and Yankees fan. Along with her husband, Peg loved to travel, spending many winter months in Lakeland, Florida, playing shuffleboard and playing in the Kitchen Spoon Band as well as traveling to many places worldwide. In Lieu of flowers, memorial donations in Peg's memory can be made to Hospice and Palliative Care of the St. Lawrence Valley or to the Church of the Visitation and memories and condolences may be shared online at www.buckfuneralhome.com . The Buck Funeral Home in Norfolk is serving the family of Margaret "Peg" Smith.
To send flowers to the family or plant a tree in memory of Margaret Smith, please visit Tribute Store
Wednesday
25
August

Share Your Memory of
Margaret
Upload Your Memory View All Memories
Be the first to upload a memory!
Share A Memory
Send Flowers
Plant a Tree