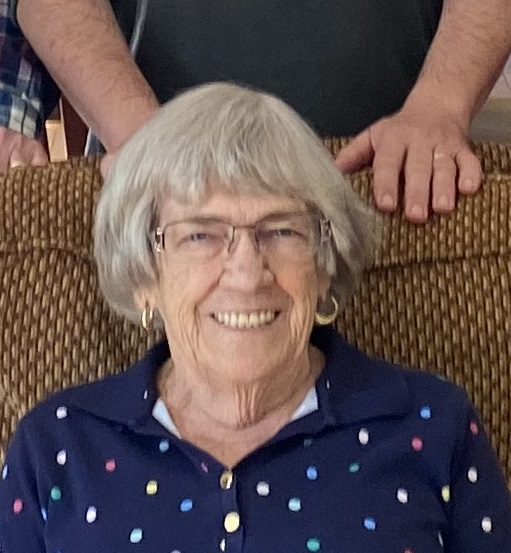 Please share a memory of Gloria to include in a keepsake book for family and friends.
View Tribute Book
COLTON—A Mass of Christian Burial for Gloria M. Garlough, 88, a resident of County Rt. 58, Colton and formerly of Norfolk, will be held on Monday, July 19, 2021 at 4 p.m. at St. Patrick's Church in Colton with Rev. Joseph Giroux presiding. Burial will follow the services in St. Patrick's Cemetery. Family and friends may call at the Buck Funeral Home in Colton on Monday from 1 – 3:30 p.m. Mrs. Garlough passed away suddenly Wednesday evening at the Canton-Potsdam Hospital. Gloria is survived by her three sons, David and Diane Gately, Everett, Washington; Daniel and Shawna Gately, Porter Corners, NY; Michael and Deborah Garlough, Lillington, NC; her four beloved grandchildren, Joshua, Jeremy, Owen and Aiyana and one great-grandchild, James. Gloria is also survived by her special friend, Art Kramer, Harrisville and her brother, James "Jimmy" and Virginia Myers, Myrtle Beach as well as her nieces and nephews. She was pre-deceased by her parents and her two husbands, Edward "Bubby" Gately in 1967 and Asa Garlough in 2010. Born in Norfolk, NY on January 30, 1933 to the late Stephen and Jolanda Kovach Myers, Gloria graduated from Norwood-Norfolk Central School. She married Edward "Bubby" Gately whom suddenly passed away in 1967. She later married Asa Garlough in 1968. Gloria worked at the Norwood-Norfolk Central School for many years as a secretary. She enjoyed the students and always had a candy dish so they can have a treat. In her free time, she enjoyed spending time with family and friends and having an occasional glass of wine. She enjoyed her travels with Asa, especially to Myrtle Beach where they spent many winters. Memorial Donations in Gloria's memory can be made to the Colton Fire Department or Rescue Squad and memories and condolences may be shared online at www.buckfuneralhome.com . The Buck Funeral Home in Colton is serving the family of Gloria M. Garlough.
To send flowers to the family or plant a tree in memory of Gloria Garlough, please visit Tribute Store
Monday
19
July

Share Your Memory of
Gloria
Upload Your Memory View All Memories
Be the first to upload a memory!
Share A Memory
Send Flowers
Plant a Tree