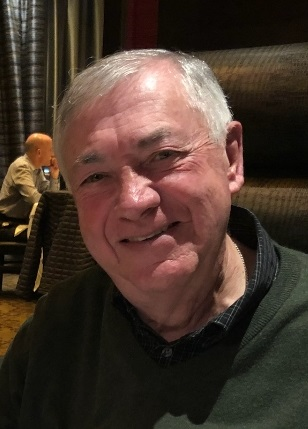 Please share a memory of Howard to include in a keepsake book for family and friends.
View Tribute Book
NORWOOD – Funeral services for Howard T. Blair Jr., 78, a resident of 2 Janes Road, Canton and formerly of Norwood will be held on Friday, June 18, 2021 at 10 a.m. at the Buck Funeral Home in Norwood with Pastor Dave Barnum presiding. Burial will follow the services in Bayside Cemetery, Potsdam. Family and friends may call at the Buck Funeral Home in Norwood on Thursday from 4-7 p.m. Mr. Blair passed away Monday morning at the Canton-Potsdam Hospital. Howard is survived by his companion, Myrle Ratowski, Canton, his two sons and their spouses, Howard T. and Michelle Blair III, Potsdam; Jeff and Kim Blair, Carmel, Indiana; one grandson, Preston Michael Blair; a brother, Greg Blair, Winthrop as well as nieces and nephews. Born in Burke, NY on July 31, 1942 to the late Howard T. and Barbara Crawford Blair Sr., Howard graduated from high school. A marriage to Carol Boshane on July 17, 1965 later ended in divorce. Howard worked for National Grid, serving in many capacities for over 30 years, retiring in 1999. Howard also enlisted in the U.S. Army Reserves, Serving for 28 years. While serving, he earned an Associate's Degree and served as Command Sergant Major. In his free time, Howard enjoyed the game of golf and loved solving world problems with his friends in the coffee club. He was a past member of the Lions Club and St. Lawrence County Chamber of Commerce. Memorial donations in Howards memory can be made to any local animal shelter and memories and condolences may be shared online at www.buckfuneralhome.com . The Buck Funeral Home in Norwood is serving the family of Howard T. Blair Jr.
To send flowers to the family or plant a tree in memory of Howard Blair Jr., please visit Tribute Store
Thursday
17
June

Share Your Memory of
Howard
Upload Your Memory View All Memories
Be the first to upload a memory!
Share A Memory
Send Flowers
Plant a Tree