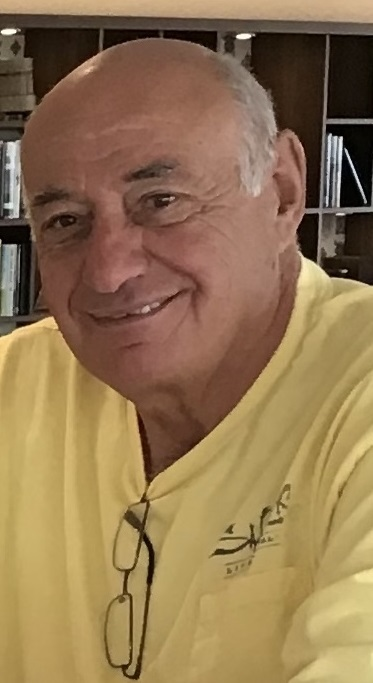 Please share a memory of Terrance to include in a keepsake book for family and friends.
View Tribute Book
COLTON—Graveside services followed by a Celebration of Life luncheon at the Potsdam Country Club will be held for Terrance "Terry" Brockway, a resident of Deer Trail Lane, Springhill, FL, and a summer resident of Crestwood Lane, Colton, will be held on Wednesday, June 9, 2021, at 11 a.m. at the Bayside Cemetery in Potsdam. Family and friends may call at the Buck Funeral Home in Colton on Tuesday, June 8, from 4-7 p.m. Mr. Brockway passed away Friday evening at his home with family and friends at his side. Terry is survived by his wife of 52 years, Donna; a daughter, Robin, and her husband, Thomas Hurley, Wheatfield, NY; his two beloved grandchildren, Logan and Quinn Hurley and his three sisters, Susan and Mac Corwine, FL, Roxann and Tom Difloria, TX, and Kelly Caney, KY, his sister-in-law, MaryAnn Danes, FL, as well as several nieces and nephews. Terry was pre-deceased by his parents and his son, Randy. Born in Tupper Lake, NY, on July 3, 1948, to Joseph H. and Beatrice Miller Brockway, Terry's mother passed away a couple years later unexpectedly and his father, Joseph, remarried to Dorothy Laramay. He graduated from Potsdam Central School and attended Canton College. He entered the Local IBEW Union and completed the five year apprenticeship program and continued to work in the electrical field. Upon slow work with the union, Terry became employed with General Motors in Massena. He continued to work at GM for 9 years until he went back to the union when more work was available, working many years and retiring with S & L Electric in 2008. Terry enjoyed spending time with his family and friends and was a member of the Timber Pines Golf Association, Local IBEW, the Potsdam Elks Lodge, and was a past member of the Potsdam Town and Country Club and the Barney Pond Fish and Game Club. Memorial donations in Terry's memory can be made to Hospice and Palliative Care or to the Colton Fire Department or Rescue Squad. Memories and condolences may be shared online at www.buckfuneralhome.com The Buck Funeral Home in Colton is serving the family of Terrance "Terry" Brockway.
To plant a beautiful memorial tree in memory of Terrance Brockway, please visit our Tree Store

Look inside to read what others have shared
Family and friends are coming together online to create a special keepsake. Every memory left on the online obituary will be automatically included in this book.
View Tribute Book
Services for Terrance Brockway
There are no events scheduled. You can still show your support by planting a tree in memory of Terrance Brockway.
Plant a tree in memory of Terrance

Share Your Memory of
Terrance
Upload Your Memory View All Memories
Be the first to upload a memory!
Share A Memory
Plant a Tree