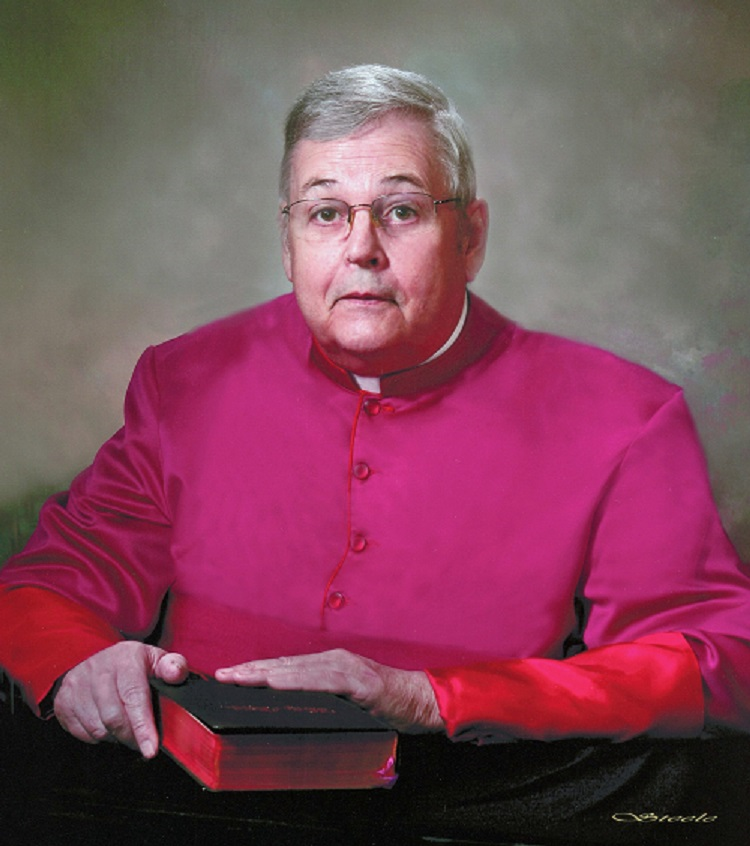 Please share a memory of Rev. Msgr. Harry to include in a keepsake book for family and friends.
View Tribute Book
NORFOLK—Reverend Monsignor Harry K. Snow, age 70 and resident of Saint Joseph's Home in Ogdensburg, passed into new life on Sunday, May 23, 2021 with his family at his side. Reverend Mark Reilly, Dean of the Saint Lawrence Deanery, will preside at the reception of the body at Saint Andrew's Church in Norwood at 4:00 p.m. on Wednesday, May 26. Calling hours will follow until Evening Prayer at 8:00 p.m. led by Reverend Garry Giroux, Pastor of Saint Andrew's Church. Most Reverend Bishop Terry R. LaValley will be the principal celebrant and homilist of the Mass of Christian Burial at 11:00 a.m. on Thursday, May 27. The priests of the diocese will join in concelebrating. Following the Mass, Msgr. Snow will be laid to rest at Visitation Cemetery in Norfolk. Born in Potsdam on May 6, 1951 to the late Harry K. and Lucy (Small) Snow Sr., Harry Snow graduated from Norwood-Norfolk Central School in 1969. He went to Ogdensburg to begin his seminary formation at Wadhams Hall Seminary, graduating in 1973. He pursued his theology studies and formation at Christ the King Seminary on the campus of St. Bonaventure University and later East Aurora. Most Reverend Stanislaus J. Brzana ordained Father Snow to the priesthood on April 30, 1977 at St. Mary's Cathedral in Ogdensburg. Father Snow served as assistant pastor at St. Patrick's Church in Brasher Falls and then at St. Peter's Church in Lowville. In 1980 he was appointed Secretary of the Tribunal Office and Chaplain to Mater Dei College in Ogdensburg. He also served as Chaplain at the Ogdensburg Correctional Facility. Father Snow returned to graduate school attending the Catholic University of America in Washington, D.C. and St. Paul University in Ottawa, Ontario leading to a Licentiate in Canon Law. In 1985 he resumed his service as Tribunal Secretary and was appointed Pastor of St. John the Evangelist Church in Morristown and Our Lady of Grace in Briar Hill. In 1988, Father Snow was named the Judicial Vicar of the Diocese, a position he would hold under five bishops and nearly three decades. He was named Prelate of Honor by Pope John II in 1995. In 1997, Msgr. Snow was named rector of St. Mary's Cathedral, and in 2003 he returned home to serve at St. Andrew's Church in Norwood. He was also appointed Dean of the St. Lawrence Deanery. Msgr. Snow became pastor of St. Mary's Church in Waddington and St. John's Church in Madrid in 2012 where he remained until his retirement in 2017. Msgr. Snow found time to enjoy gardening, reading and playing cards. He was a past member of the Brasher-Winthrop, Morristown and Norwood Volunteer Fire Departments and was the past Chaplin of the St. Lawrence County Fire Chiefs Association and was active in the Canon Law Society of America. Msgr. Snow is survived by a brother, James Snow, Norfolk; a sister, Jean Gang, Norfolk; his five beloved nieces and nephews, Jamie Snow and her companion Joshua Casey, Youngsville; Michael Snow, Massena; Jennifer and Amado Incera, Las Vegas; Andrew Gang and his companion Abigail Remington, Parishville; Joseph and Shaelyn Gang, Norfolk as well as great nieces and nephews. Msgr. Snow was pre-deceased by his parents. In lieu of flowers, the family requests memorial donations be offered in Msgr. Snow's honor to St. Joseph's Home; his last parishes, St. John's Church, Madrid, St. Mary's Church, Waddington; or his home parishes, St. Andrew's Church, Norwood or Parish of the Visitation and St. Raymond, Norfolk. Memories and condolences may be shared online at www.buckfuneralhome.com . The Buck Funeral Home is serving the family of Msgr. Harry K. Snow Jr.
To send flowers to the family or plant a tree in memory of Rev. Msgr. Harry Snow Jr., please visit Tribute Store
Wednesday
26
May

Share Your Memory of
Rev. Msgr. Harry
Upload Your Memory View All Memories
Be the first to upload a memory!
Share A Memory
Send Flowers
Plant a Tree