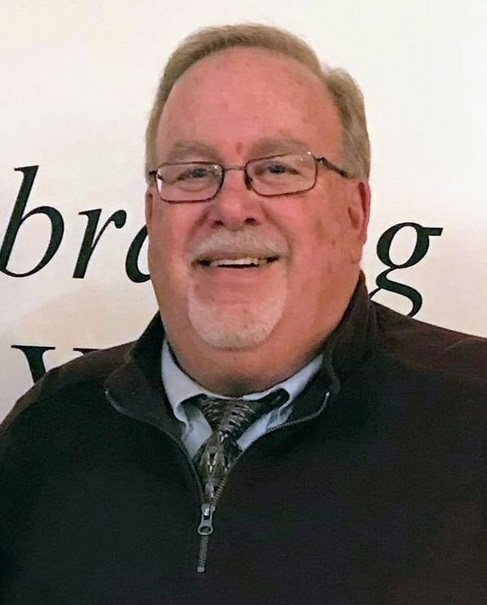 Please share a memory of Timothy to include in a keepsake book for family and friends.
View Tribute Book
SOUTH COLTON – Funeral services for Timothy F. Hatch, 66 a resident of Camden, NY and formerly of South Colton, will be held on Thursday, May 13, 2021 at 1 p.m. at St. Patrick's Church, Colton, with Rev. Stephen Rocker presiding. Family and friends may call at the Buck Funeral Home in Colton on Wednesday from 1-3 and 6-8 p.m. Mr. Hatch passed away on Monday, May 3, 2021 at St. Joseph's Hospital in Syracuse after a brief stay. Tim is survived by his companion, Bridget McCarthy, Camden; his two daughters, Kathleen "Katie" Hatch Sjuve, Baldwinsville and Jennie Hatch and her fiancé Kyran Kenneally, Vernon Center; his two beloved grandchildren, Kameron Sjuve and Kase Kenneally; his mother, Constance "Connie" Hatch-Young, South Colton; his sister, Sally and Jerry Manor, Louisville; his two nieces, Emily and David Bish and Meaghan and Ace Janovsky and his great nieces and nephews. Tim is also survived by his extended family of aunts, uncles and cousins, Bridget's daughter, Jocelyn and Truman Gale and their daughter, Whitten and four step-sisters and their husbands. Tim was pre-deceased by his father, Francis E. Hatch, his step-father, Donald R. Young and his three infant sons, Timothy F. Hatch Jr., and twins, Jeffrey M. and Brian R. Hatch. > Born in Potsdam, NY on July 13, 1954 to Francis E. and Constance "Connie" Ford Hatch, Tim graduated from Colton-Pierrepont Central School in 1972 and continued his education at North Country Community College, graduating in 1974 with a degree in criminal justice. Marriages to Diane Goodnough and Brenda Dlugolecki ended in divorce. He worked for the Oneida County Sheriff's Department for several years and later worked at Whites Farm Supply as an equipment salesman. He later worked for the NYSDOT in the Highway Department where he retired from in 2009. Tim was an avid outdoorsman, enjoying hunting, snowmobiling, atving and grooming for the Childwold SnoPackers. In his earlier years, Tim was an avid downhill skier as well. Tim belonged to many organizations and helped out with many charitable events. He was a member of the Sampson Pond Hunting Club in Childwold and sat on the Board of Directors for the Boonville Woodsman Days for 30 years. Tim's passion was his beloved horses, Toby and Rick--The Double HH Percherons. Tim was always proud of his team, taking them to many shows and even became eligible to show at the 16thWorlds Percheron Championship in 2014, where he was awarded 15 ribbons out of a possible 16. He enjoyed giving rides for local events around the North Country and was always willing to give a helping hand to anyone that asked. Tim also enjoyed Jezebel and Kali—their family dogs. His heart was as big as him and always enjoyed time spent with his family and friends. It wasn't often that he did not have a smile on his face. . In lieu of flowers, memorial donations in Tim's memory can be made to the Tim Hatch Draft Horse Scholarship, c/o The North Country Draft Horse Club, 10082 Florence Hill Road, Camden, NY 13316 and memories and condolences may be shared online at www.buckfuneralhome.com . The Buck Funeral Home in Colton is serving the family of Timothy F. Hatch.
To send flowers to the family or plant a tree in memory of Timothy Hatch, please visit Tribute Store
Wednesday
12
May

Share Your Memory of
Timothy
Upload Your Memory View All Memories
Be the first to upload a memory!
Share A Memory
Send Flowers
Plant a Tree