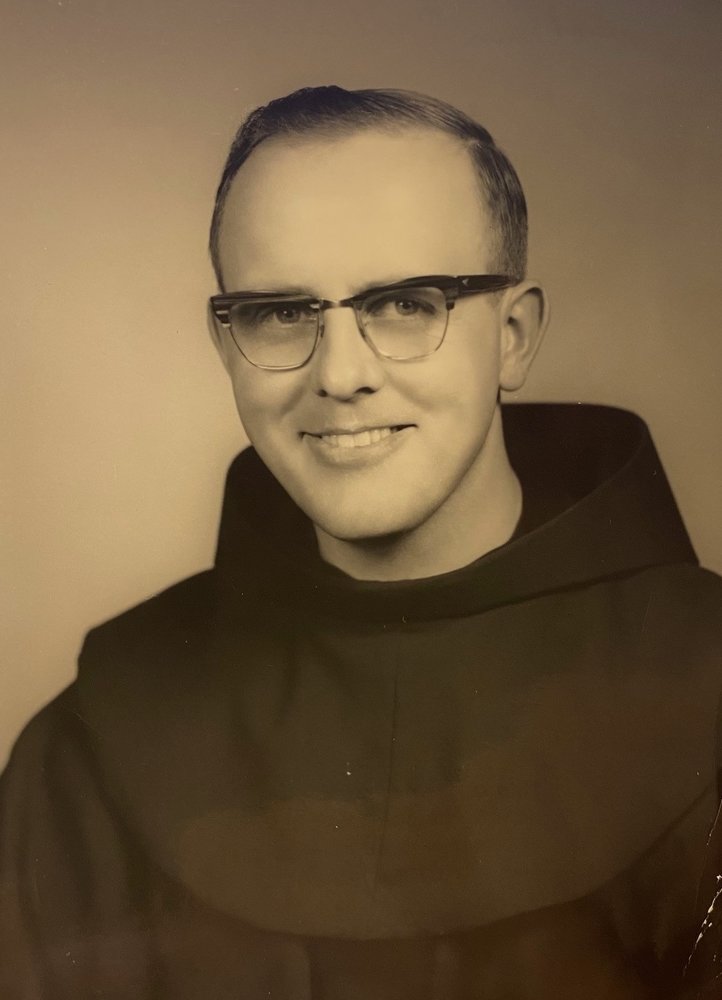 Please share a memory of Richard to include in a keepsake book for family and friends.
View Tribute Book
BEACON, NY—Brother Richard James, 86, a Franciscan Brother, a resident of Beacon, NY and formerly of Colton, passed away on March 17, 2021. Born on November 9, 1934 to the late John and Jennie Lyman James, Richard graduated from Colton-Pierrepont Central School in 1954. He spent two years at SUNY Potsdam before entering into religious life and graduated from St. Bonaventure in 1966. He later received his Bachelors of Arts Degree in 1974 from St. Francis College in Brooklyn, NY. He taught school in NYC for 26 years. Richard enjoyed teaching, church, music and his family. He was part of a traveling singing group and played the organ for Church services. Richard was also an accomplished tailor, making Franciscan Habits for his brothers. He spent time as well in St. Petersburg, FL and Boston, MA and was transferred to Beacon, NY in 2020 where he spent his last days. He is survived by his sister, Keitha MacIntire, Raymondville; a sister-in-law, Maryann James as well as several nieces, nephews and Franciscan Brothers and Priests. Richard was pre-deceased by his parents, most recently his brother Dr. Reuben James; an infant brother Carlton Paul James and his sister, Mary Schmidt. Brother Richard will be remembered during the Mass of Christian Burial for his brother, Reuben James on Wednesday, May 5, 2021 at St. Paul’s Church in Colton at 1 p.m. Memorial Donations in Richards memory can be made to St. Patrick’s or St. Paul’s Church in Colton; the Colton Fire Department or to the St. Lawrence Friary, 180 Sargent Ave., Beacon NY 12508 and memories and condolences may be shared online at www.buckfuneralhome.com .
To plant a beautiful memorial tree in memory of Richard James, please visit our Tree Store

Share Your Memory of
Richard
Upload Your Memory View All Memories
Be the first to upload a memory!
Share A Memory
Plant a Tree