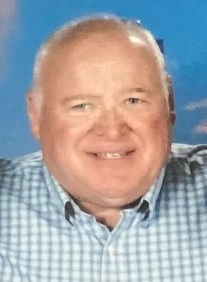 Obituary of Kurt B. Hayes

Please share a memory of Kurt to include in a keepsake book for family and friends.
View Tribute Book
OSWEGO – A Mass of Christian burial for Kurt B. Hayes, 68, a resident of 1394 County Rt. 53, Oswego, NY and formerly of Norfolk, will be held on Wednesday, April 28, 2021 at 10 a.m. at the Church of the Visitation in Norfolk with Rev. Garry Giroux presiding. Family and friends may call at the Buck Funeral Home in Norfolk on Tuesday from 4-7 p.m. Burial will be held in the Visitation Cemetery, Norfolk. Mr. Hayes passed away on April 21, 2021 at his home. Kurt is survived by his three daughters, Nicole Hayes, Oswego; Stephanie Hayes and her wife Alexis Crain, Chicago, IL; Melissa Hayes Oswego; his two grandsons Treyse Miller and Greer Moore and his sister, Natalie and John LaBarge, Norfolk as well as several nieces and nephews. Kurt was pre-deceased by his parents and his wife, Debbie. Born in Potsdam, NY on August 24, 1952 to the late Francis "Shoney" and Eleanor Benton Hayes, Kurt graduated from Norwood-Norfolk Central School and Clarkson University. He married Deborah A. Deugaw on June 28, 1975 She pre-deceased him on September 12, 2017. Kurt worked at the Nile Mile/Constellation Energy in Oswego as an electrical planner for over 30 years, retiring in 2011. Kurt was a member of the Oswego Elks Lodge as well as the electrical union and in his free time, enjoyed working with stained glass and spending time with family and friends at the camp on Wilson Hill—boating and jet skiing. He especially enjoyed watching Treyse at Karate and at his swim meets. Memorial donations in Kurt's memory can be made to the charity of your choice and memories and condolences may be shared online at www.buckfuneralhome.com . The Buck Funeral Home in Norfolk is serving the family of Kurt B. Hayes.
To send flowers to the family or plant a tree in memory of Kurt Hayes, please visit Tribute Store
Tuesday
27
April

Share Your Memory of
Kurt
Upload Your Memory View All Memories
Be the first to upload a memory!
Share A Memory
Send Flowers
Plant a Tree