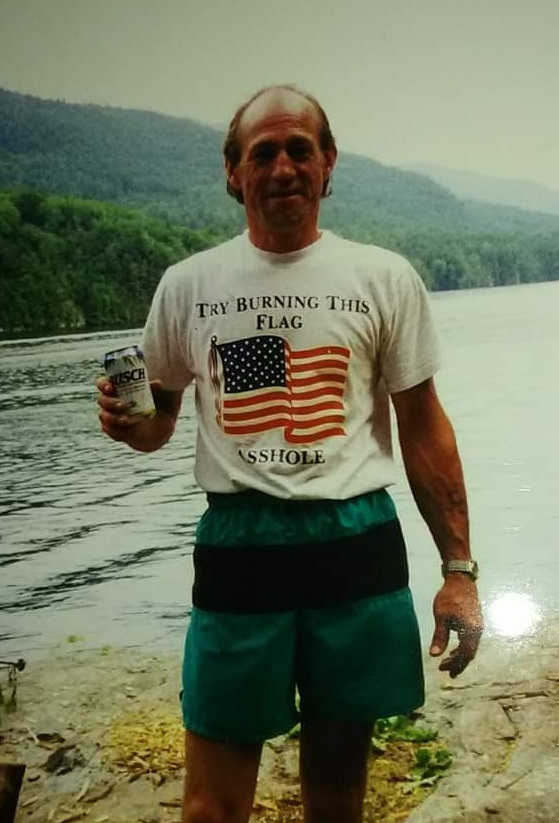 Please share a memory of Steven to include in a keepsake book for family and friends.
View Tribute Book
NORWOOD—Services for Steven W. Michael, 66, of Norwood, will be held at a later date. He passed away unexpectedly at home on Saturday, April 3, 2021, where he had taken ill. Born August 9, 1954, a son of the late Gerald and Josephine (Leone) Michael, he joined the U.S. Army in 1971, serving two enlistments in active duty and was a member of the ARMY Reserves till 1991. Steven worked as a self-employed carpenter and had his own canoe building business, then began working for the Town of Carver, MA as a building inspector for several years. Steven was a true north country man, he was a member of the NRA, enjoyed hunting and riding motorcycles, sitting around a bonfire with a cold beer or a glass of whiskey listening to Rock and Roll music. Most import in his life however, was his wife, Sandra, their children and grandchildren. Steven is survived by his wife Sandra; a son, Joshua (Jessica) Michael, two daughters, Victoria (Joseph) Orologio and Samantha Michael; seven grandchildren, Joseph and Zachary Orologio, Rylee Michael, Michael and Penelope Burdzuik and Phoebe and Jeffrey Lavare. Also surviving are brothers, Gerald and Johnny Michael and a sister, Virginia Michael, as well as nieces and nephews. Memories and condolences are encouraged online at www.buckfuneralhome.com. The Buck Funeral Home of Norfolk is serving the family of Steven W. Michael.
To plant a beautiful memorial tree in memory of Steven Michael, please visit our Tree Store

Look inside to read what others have shared
Family and friends are coming together online to create a special keepsake. Every memory left on the online obituary will be automatically included in this book.
View Tribute Book
Services for Steven Michael
There are no events scheduled. You can still show your support by planting a tree in memory of Steven Michael.
Plant a tree in memory of Steven

Share Your Memory of
Steven
Upload Your Memory View All Memories
Be the first to upload a memory!
Share A Memory
Plant a Tree