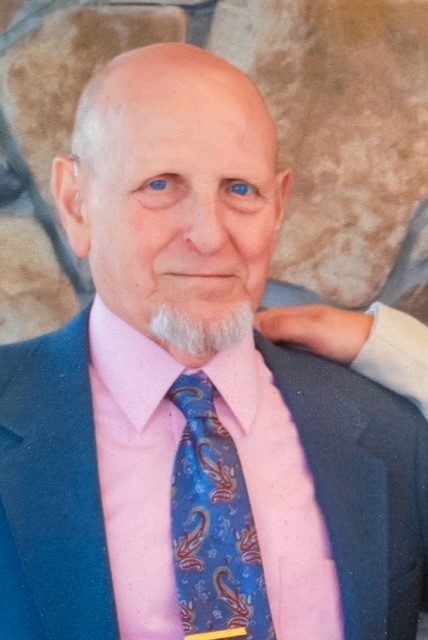 Please share a memory of Eugene to include in a keepsake book for family and friends.
View Tribute Book
COLTON— Eugene J. "Jack" Bonno, 80, a resident of 76 East Higley Road, Colton passed away February 23rd 2021 at Canton-Potsdam Hospital. Funeral Services with burial to follow in St. Patrick's Cemetery, Colton, will be held this spring at a later date to be determined. Jack is survived by his wife of 59 years, Sharon, Colton; two sons, Eugene "Bill" and Felicia Bonno, Colton; Christian and Jacqueline Bonno, Columbia, SC; his two daughters, Leray and Robert Kirner, Coral Springs, FL; Renee Bonno, Silver Springs, NC; his beloved ten grandchildren and four great-grandsons. Jack was pre-deceased by his parents, a grandson, Joshua Bonno, a brother Francis Bonno and two sisters, Keitha Emburey and Virginia Worley. Born in Potsdam, NY on October 11, 1940 to the late Eugene L. and Mabel Clough Bonno, Jack graduated from Norwood-Norfolk High school. He married Sharon Hatch on November 25, 1961. He worked in his younger years as a construction contractor building homes in the North Country . He later became a customer service technician for Pitney-Bowes in Albany for 26 years, retiring in 2004. Jack was a member and past chief and EMT of the Colton Fire Department and Rescue Squad. He was also a member of the Colton-Pierrepont Senior Racquetteers. In his free time, Jack enjoyed hunting ,fishing and his family & friends. Most of all, he enjoyed spending time with his beloved wife and best friend, Sharon. Memorial Donations in Jack's memory can be made to the Colton Rescue Squad and memories and condolences may be shared online at www.buckfuneralhome.com . The Buck Funeral Home is serving the family of Eugene "Jack" Bonno.
To send flowers to the family or plant a tree in memory of Eugene Bonno, please visit Tribute Store
Saturday
12
June

Share Your Memory of
Eugene
Upload Your Memory View All Memories
Be the first to upload a memory!
Share A Memory
Send Flowers
Plant a Tree