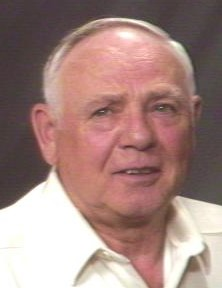 NORFOLK—A Mass of Christian Burial for 80 year old Thomas H. Rheaume, a resident of 11 Rogers Drive, Norfolk, will be held in the springtime at the Church of the Visitation in Norfolk with Rev. Garry Giroux presiding. Burial will be held in the Visitation Cemetery, Norfolk. Mr. Rheaume passed away on Monday, February 15, 2021 at his home surrounded by his family. Tom is survived by his wife of 60 years, Cynthia, Norfolk; a son, Gary, Norfolk; his daughter-in-law, Kelley Rheaume, Winthrop and his two beloved grandchildren, Ty and Trevor. Tom was pre-deceased by his parents, Henry and Eva Rheaume. Born in Potsdam, NY on August 1, 1940 to the late Henry and Eva Paro Rheaume, Tom graduated from Potsdam High School. He married Cynthia M. Bosjolie on January 14, 1961. Tom owned and operated Tom's Barber Shop in Norfolk for over 28 years as well as driving school bus for the Norwood-Norfolk Central School District for 26 years. In his free time, Tom enjoyed being outdoors, belonging to the Barney Pond Club in South Colton, but he found his most enjoyment came spending time on the golf course or softball field. Tom along with his wife Cynthia, loved traveling to Myrtle Beach, spending the last 20 winters there. He continued playing golf with his Myrtle Beach friends and caught up on lost time. Memorial Donations in Toms memory can be made to Hospice and Palliative Care or to a charity of one's choice and memories and condolences may be shared online at www.buckfuneralhome.com . The Buck Funeral Home in Norfolk is serving the family of Thomas H. Rheaume.
To plant a tree in memory of Thomas Rheaume, please visit Tribute Store
Services for Thomas Rheaume
There are no events scheduled. You can still show your support by planting a tree in memory of Thomas Rheaume.
Visit the Tribute Store

Share Your Memory of
Thomas
Upload Your Memory View All Memories
Be the first to upload a memory!
Share A Memory
Plant a Tree