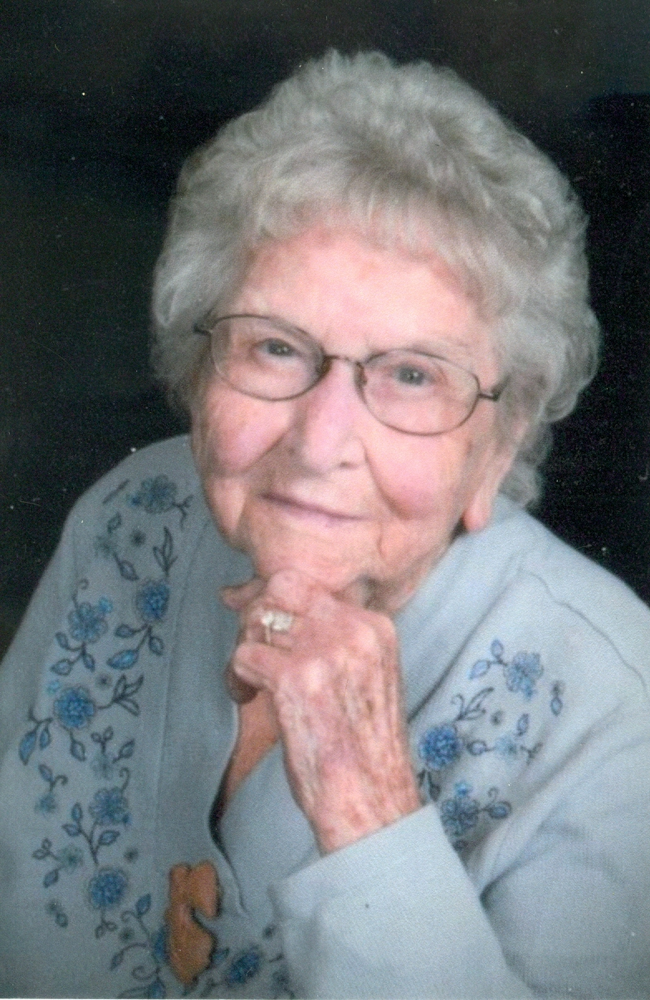 CHASE MILLS— Calling hours for Doris E. Clark, 97, a resident of the United Helpers Riverledge Home in Ogdensburg and formerly of Chase Mills will be held Tuesday, December 22, 2020 from 4-7 p.m. at the Buck Funeral Home in Norfolk. Burial will take place at the Visitation Cemetery in Norfolk in the spring. Doris passed away December 17, 2020 at United Helpers Riverledge Home where she lived for the past four years, receiving such great care. Due to current health restrictions, face coverings, social distancing and capacity regulations will be in place. Doris is survived by her sons John Clark, Thomas Clark, Randy and May Clark; several beloved grandchildren, great-grandchildren and as well as a brother, Daryl and Pat Martin ; a daughter-in-law, Annette Clark and a brother-in-law, Gerry Peck. She was pre-deceased by her parents, her late husband Robert, four children, Joan, Jim, Robert and Daniel Clark; two brothers, Doran and David Martin; a sister-in-law, Mary Ellen; three daughter-in-law's, Linda Clark, Karen Clark and Yvonne Clark as well as several grandchildren. Doris was born at home on Marble Hill, Norfolk, NY on June 10, 1923 to Harvey O. and Sarah Wilbur Martin by her grandmother who was a midwife. Doris attended the one room school house in Knapp's Station and graduated from Norfolk High School. She married Robert H. Clark on November 22, 1941. Doris and Robert had 7 children; Joan, Jim, John, Thomas, Robert, Daniel and Randy. Doris was very proud of her large family with over 100 souls (5 generations) of children, grandchildren and great grandchildren, she loved them all equally as she was the matriarch of the Clark family. Doris loved parties, family gatherings, and summer picnics. She was a woman of Christian faith and would say her rosary every day. Doris was a communicant of St. Raymond's Church and the Church of the Visitation. She was president of the Altar and Rosary Society at one time and she cared for St. Raymond's Church and Father Denesha for many years. Doris enjoyed cooking and was known for her pickles, apple pies and her fresh buttermilk doughnuts. Memories and condolences may be shared online at www.buckfuneralhome.com . The Buck Funeral Home in Norfolk is serving the family of Doris E. Clark.
To send flowers to the family or plant a tree in memory of Doris Clark, please visit Tribute Store
Tuesday
22
December

Share Your Memory of
Doris
Upload Your Memory View All Memories
Be the first to upload a memory!
Share A Memory
Send Flowers
Plant a Tree