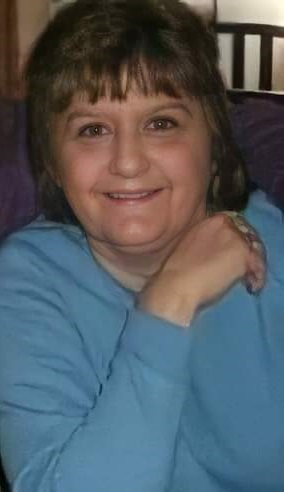 NORWOOD—Patti J. Orologio, 61, a resident of Norwood, passed away Thursday, December 10, 2020 at the Upstate Medical University in Syracuse. Patti is survived by her longtime friend and ex-husband, Joseph Orologio, Norwood; a son, Joseph and Victoria Orologio, Norwood; a daughter Angela Orologio, Norwood; her beloved three grandchildren, Chideem Copper, Joseph Orologio and Zachary Orologio; her mother, Arloene Morgan, Norwood; her brothers, Kenneth and Rona McGrath and Charles Spencer, both of Norfolk; Patrick John McGrath and his companion April Walrath, Canton; Mark McGrath and his significant other Amanda Henry, Canton and her sisters, Amy Spencer, Norfolk and Mary and Todd Phillips, Norwood as well as several nieces and nephews. Patti was pre-deceased by a sister Leanne, her step-father, Jack Morgan; her grandparents Gladys and Kenneth Adams and nephews Devin and Dustin Berger. Born in Potsdam, NY on May 11, 1959, Patti was raised by Arloene and Kenneth Spencer. Patti worked as an Aide at Canton Potsdam Hospital for a time and was also a homemaker. She was a simple person who enjoyed spending time with her grandchildren, crossword puzzles and spending time on the internet with her games. Memories and condolences may be shared with the family online at www.buckfuneralhome.com . The Buck Funeral Home in Norwood is serving the family of Patti J. Orologio.
To plant a beautiful memorial tree in memory of Patti Orologio, please visit our Tree Store

Share Your Memory of
Patti
Upload Your Memory View All Memories
Be the first to upload a memory!
Share A Memory
Plant a Tree