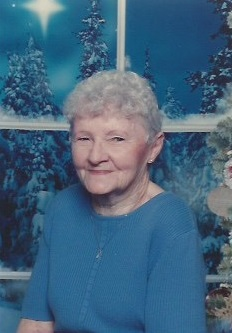 Please share a memory of Patricia to include in a keepsake book for family and friends.
View Tribute Book
NORFOLK—Graveside services for Patricia M. Clarke, 96, a resident of the United Helpers Riverledge Nursing Home in Ogdensburg and formerly of Norfolk, NY, will be held in the springtime at the Visitation Cemetery in Norfolk. Mrs. Clarke passed away on Thursday, December 10, 2020 in Ogdensburg. Patricia is survived by her two daughters, Gail and Clark Taillon, Potsdam; Faye and Russ Lawrence, Waddington; her three beloved grandchildren, Kimberly Coker, St Matthews, South Carolina; Michelle and Tom James, Potsdam; Mindy and Nick Langley, Ogdensburg; her four great-grandsons, Philip and Joseph Coker, Mason Miller and Jackson Langley; four great-great grandchildren, Khloe and Kohle Coker and Layla and Brantley Coker as well as several nieces and nephews. Patricia was pre-deceased by her parents, her husband Ralph, a daughter Maureen and four brothers, Gerald, Charter, Chester and Kenneth McNally. Born in her family home in Norfolk, NY on March 26, 1924 to the late Lawrence and Mildred Richards McNally, she attended Norfolk School and graduated on June 23, 1942. She married Ralph F. Clarke on August 12, 1944 at the Church of the Visitation in Norfolk with Fr. Farrell presiding. She and Ralph moved to Massena and both worked at ALCOA. Patricia worked as a Key Punch Operator for 12 years. She was a junior Girl Scout leader for 10 years in Norfolk. She was a communicant of the Church of the Visitation where she was an organist part-time. Patricia enjoyed spending her time with family, especially her grandchildren. In lieu of flowers, memorial donations in Patricia's memory can be made to the Riverledge Nursing Home or to Hospice and Palliative Care of the St. Lawrence Valley and memories and condolences may be shared online at www.buckfuneralhome.com . The Buck Funeral Home in Norfolk is serving the family of Patricia M. Clarke.
To send flowers to the family or plant a tree in memory of Patricia Clarke, please visit Tribute Store

Share Your Memory of
Patricia
Upload Your Memory View All Memories
Be the first to upload a memory!
Share A Memory
Send Flowers
Plant a Tree