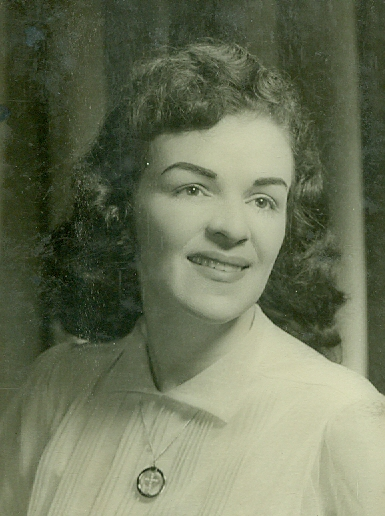 Please share a memory of Ruth to include in a keepsake book for family and friends.
View Tribute Book
MASSENA—Funeral services for 83 year old Ruth M. Delosh, a resident of 9077 St. Highway 56, Massena, will be held on Thursday, November 19, 2020 at 11 a.m. at the Buck Funeral Home in Norfolk with Rev. Andrew Amyot presiding. Burial will be held in the Visitation Cemetery following the services. Family and friends may call at the Buck Funeral Home in Norfolk on Wednesday from 4-7 p.m. Due to current restrictions, facial coverings and social distancing are required. Mrs. Delosh passed away late Saturday evening at her home surrounded by her family. Ruth is survived by her husband of 60 years, Percy "Fred" Delosh, Massena; a daughter and son-in-law, Cheryl and James Deshane, Norwood; a son, Fred Delosh and his companion Elise Deno, Massena; her four beloved grandchildren; a grandson, Travis and Karin Smutz and their children Piper and Rory; a granddaughter Jordan and Evan Drummatter and their children Ryan, Rowan and Jillian; a granddaughter Alexis and Abe Colton and a granddaughter Brandi Delosh. Ruth was also survived by her two brothers, Robert Blue, Rochester and Lawrence Edwin, New Jersey as well as several nieces and nephews. Ruth was pre-deceased by her parents and a sister, Patricia Stackhouse. Born at St. Vincent's Hospital in Staten Island on January 31, 1937 to the late Augustus and Mary Rutledge Blue, Ruth was educated in the City's School System and later married Percy "Fred" Delosh on December 26, 1959 at the Sacred Heart Church in Staten Island with Rev. Allan J. Dennis officiating. They moved to northern NY and Ruth worked in retail, working at the Surprise Store in Potsdam in the 70's and later worked for J.C. Penney's for many years, starting in the Potsdam store and eventually moving to the Massena Mall. In her free time, Ruth enjoyed bowling with the Thursday night bowling league in Potsdam, shopping, traveling and taking occasional trips to the casino. Most of all, Ruth enjoyed her time she spent with her family. Memorial donations in Ruth's memory can be made to Hospice and Palliative Care or to a Parkinson's Foundation and memories and condolences may be shared online at www.buckfuneralhome.com . The Buck Funeral Home in Norfolk is serving the family of Ruth M. Delosh.
To send flowers to the family or plant a tree in memory of Ruth Delosh, please visit Tribute Store
Wednesday
18
November

Share Your Memory of
Ruth
Upload Your Memory View All Memories
Be the first to upload a memory!
Share A Memory
Send Flowers
Plant a Tree