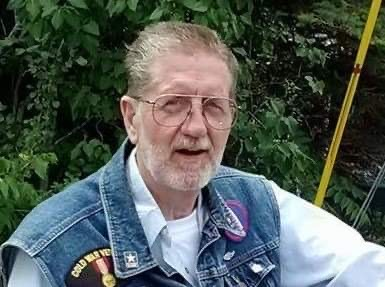 NORWOOD—Calling hours for 77 year old Richard P. "Dick" Barish, a resident of 17 Bicknell Street, Norwood, will be held on Thursday, October 15, 2020 at the Buck Funeral Home in Norwood from 3-6 p.m. Burial will be held in the Riverside Cemetery in Norwood at a later date. Due to current restrictions of COVID-19, facial covering and social distancing are required. Mr. Barish passed away on Saturday, October 10, 2020 at the Gouverneur Hospital with his family at his side. Dick is survived by his wife of 30 years, Barbara, Norwood; his children Benjamin Davis and Terry Fefee, Parishville; Sarah and Charles Graham, Carthage; Richard Barish Jr., Kentucky; Debra and Tony Parisi, Connecticut and Steve and Annette Green, Colton and several grandchildren and great-grandchildren. Dick was pre-deceased by his parents and a brother, Henry Barish. Born in Rochester, NY on May 25, 1943 to the late Henry and Bernetta Ayers Barish, Dick attended school and entered the U.S. Army and served until his honorable discharge in 1965. He worked as a truck driver for several local business over the years which include Potsdam Paper, Bicknell Brothers, Anchor Motor Freight and most recently, Agway Petro in Heuvelton from where Dick retired from. Dick was a member of the Potsdam Elks Lodge #2074 where he was a 44 year member and he was also a member of the Norfolk American Legion and the Legion riders. He enjoyed puttering around his garage on old cars and motorcycles in his spare time and enjoyed the quality time spent with Dakota and Rayna. In lieu of flowers, memorial donations in Dick's memory can be made to the Potsdam Humane Society, 17 Madrid Ave., Potsdam, NY 13676 and memories and condolences may be shared online at www.buckfuneralhome.com . Dick's family would like to express their gratitude to Dr. Dodd's and the entire staff at the Gouverneur Hospital for the care they provided during Dick's stay. The Buck Funeral Home in Norwood is serving the family of Richard P. "Dick" Barish.
To send flowers to the family or plant a tree in memory of Richard Barish, please visit Tribute Store
Thursday
15
October

Share Your Memory of
Richard
Upload Your Memory View All Memories
Be the first to upload a memory!
Share A Memory
Send Flowers
Plant a Tree