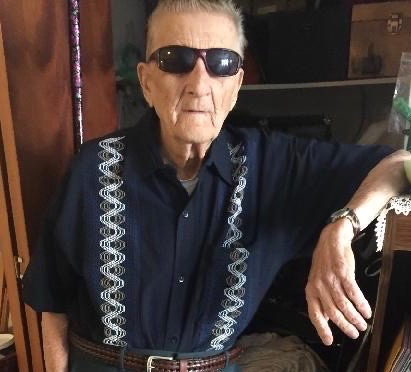 NORFOLK—Services for 87 year old John William "Billy" Mayville, a resident of 1 High Street, Norfolk, will be held privately for the family. Burial will be held in the Visitation Cemetery, Norfolk. Mr. Mayville passed away early Thursday morning, June 11, 2020 at the Canton-Potsdam Hospital with his family at his side. Billy is survived by his wife of 62 years, Anne; his four daughters, Sharon and James Dow, Birdcreek, Alaska; Laura Richards and her companion Andy Eschmann, Colton; Diane and David Gately, Everett, WA and Brenda and John Everts, Clifton Park, NY; his three beloved grandchildren, Joshua, John and Jillian as well as his nieces and nephews. He was pre-deceased by his sister, Mary-Ellen Trombley. Born in Norfolk, NY on September 14, 1932 to the late Clifford J. and Margaret Boyea Mayville, Billy was drafted in the U.S. Army during the Korean Conflict. Upon his return from the service, he married Anne Marie Shoen on November 9, 1957. Billy worked as a track supervisor for the St. Lawrence Railroad Company in Norfolk for many years. He was a member of the Norfolk American Legion where he served at one time as a Commander, the Colton Amvet's and was a past member of the Norfolk Rod and Gun Club. Billy also enjoyed model airplanes and cars, fishing with his grandchildren, and most of all, country music and playing the piano. He was most noted for his uncanny sense of humor. He made many friends young and old throughout his life's journey and if you were fortunate enough to meet him, you never forgot him or his larger than life personality. Memorial donations in Billy's memory can be made to a charity of one's choice and memories and condolences may be shared online at www.buckfuneralhome.com . The Buck Funeral Home in Norfolk is serving the family of John W. "Billy" Mayville.
To send flowers to the family or plant a tree in memory of John Mayville, please visit Tribute Store
Friday
12
June