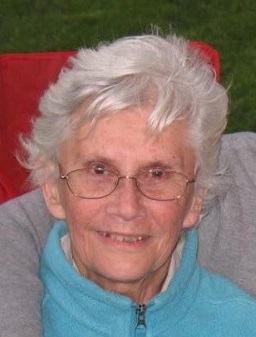 COLTON – Services for 84 year old MaryLou Hyde, a resident of the United Helpers Maplewood Campus and formerly of Colton, will be held in the spring. MaryLou passed away peacefully on Wednesday, March 18, 2020 at the Maplewood Campus in Canton. MaryLou is survived by her husband of 66 years, David, Colton; her two sons, Robert Hyde, Massena and Mark Hyde, Webster; a daughter, Patricia and Roy Williams, Plessis; her beloved nine grandchildren and fifteen great-grandchildren as well as her nieces and nephews. MaryLou was pre-deceased by her parents and a sister, Barbara Barrett. Born in Watertown, NY January 13, 1936 to the late Leon and Catherine Tyo Sidmore, MaryLou was a devoted homemaker and enjoyed spending time with people. She worked as a teacher's aide at Massena Central School for several years and also enjoyed her time working at The Boston Store in Massena as well. Her most enjoyment came from spending time with her family and friends, especially her grandchildren, watching their sporting events. She was an avid outdoors person who enjoyed hiking, kayaking, skiing and snowshoeing. She enjoyed her time spent with the Clarkson Women's Outing Club as well as traveling with her husband David, and the time they spent at the Weller Mountain Fish and Game Club in Parishville, as they were the caretakers for several years. Memorial donations in MaryLou's memory can be made to the Alzheimer's Association or to the United Helpers Maplewood Campus and memories and condolences may be shared online at www.buckfuneralhome.com . The Buck Funeral Home is serving the family of MaryLou Hyde.
To plant a tree in memory of MaryLou Hyde, please visit Tribute Store
Services for MaryLou Hyde
There are no events scheduled. You can still show your support by planting a tree in memory of MaryLou Hyde.
Visit the Tribute Store

Share Your Memory of
MaryLou
Upload Your Memory View All Memories
Be the first to upload a memory!
Share A Memory
Plant a Tree