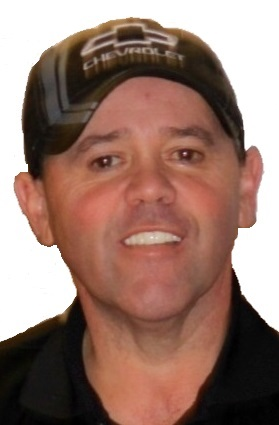 COLTON—A Celebration of life gathering for 51 year old Jeffrey P. Smith, a resident of 903 County Route 58, Colton, will be held at the Potsdam American Legion, 128 State Highway 345, Potsdam, NY on Thursday, December 19, 2019 starting at 3 p.m. Jeff passed away on Friday, December 13, 2019 at his home with his family at his side. Jeff is survived by his wife of 18 years, Christina, Colton; his son, Brycen, at home; his mother, Carol Smith, Potsdam; a brother, Todd and Jennifer Smith, Tucson, AZ; a sister Lisa and Sean Monticello, Myrtle Beach, SC;  his sister-in-law’s, Amy Fountain and her fiancé Christopher Emlaw, Norfolk and Brittnie and Josh Beard, South Colton; his nieces and nephews, Gianna Monticello, Makenzi Fountain and her companion Garrett McLean, Ryan Emlaw, Austin Beard; a great nephew, Jaxson McLean as well as many friends, including a special family friend, Carol Warner, Massena.

Born in Potsdam, NY on July 13, 1968 to Phillip R. and Carol LaBrake Smith, Jeff graduated from Potsdam Central School, Class of 1988. Jeff was a longtime car salesman, most recently working for Barstow Motors in Potsdam. In his spare time, Jeff enjoyed the outdoors, especially when he was on 4-wheelers, snowmobiles and his tractor. He loved working around the house with his tractor and enjoyed his classic 1968 Camaro. Jeff loved bartering and selling items and enjoyed spending time with his family. Memorial Donations in Jeff's memory can be made to a charity of one's choice and memories and condolences may be shared online at www.buckfuneralhome.com . The Buck Funeral Home in Colton is serving the family of Jeffrey P. Smith.

Share Your Memory of
Jeffrey
Upload Your Memory View All Memories
Be the first to upload a memory!
Share A Memory
Send Flowers