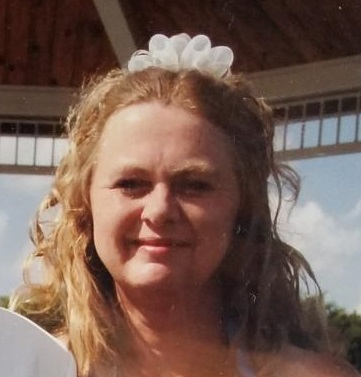 NORWOOD – Private services for 58 year old Madonna L. Loomis, a resident of 9 Ashley Street, Norwood, will be held at the convenience of her family. Mrs. Loomis passed away Wednesday, October 9, 2019, at her home surrounded by family. Madonna is survived by her son, Harold Loomis Jr. and his companion Courtney Cabaniss, Norwood; her 3 beloved grandchildren, Sapphire, Raylee, and Raylin Loomis; her brother Scott Trombley, Malone; her 3 sisters, Monica and Thomas Herne, Hogansburg, Debbie and Earl McBride, Winthrop and Michelle Trombley, Bangor along with several nieces and nephews. Madonna is pre-deceased by her husband Harold "Monk" Loomis Sr., her son Jordan Michael Loomis, her daughter Tameka Lynn Loomis and her parents. Born on July 25, 1961 in Malone, NY to the late Harvey D. and Dorothy A. Bashaw Walker, Madonna graduated from high school and married Harold "Monk" Loomis Sr. on July 30, 1977. They were married for 41 years before he passed away on September 15, 2018. She was a homemaker and enjoyed gardening and flowers. Madonna was a devoted mother and grandmother and loved her grandkids very much. Memorial donations in Madonna's memory can be made to the Norwood Fire Department and memories and condolences may be shared online at www.buckfuneralhome.com . The Buck Funeral Home in Norwood is serving the family of Madonna L. Loomis.
To send flowers to the family of Madonna Loomis, please visit Tribute Store

Share Your Memory of
Madonna
Upload Your Memory View All Memories
Be the first to upload a memory!
Share A Memory
Send Flowers