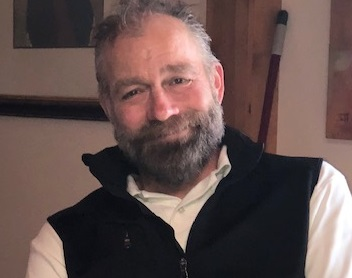 HANNAWA FALLS – A Mass of Christian Burial for 52 year old Andrew J. Marsjanik will be held on Tuesday, September 17, 2019 at 12 noon at St. Andrew's Church in Norwood with Rev. Garry Giroux presiding. Burial will be held in the Ogdensburg Cemetery. Family and friends can call at the Buck Funeral Home in Norwood on Monday, September 16, 2019 from 5-7 p.m. Andy passed away on Friday, September 13, 2019 at his home. Born on November 27, 1966, Andy graduated from Norwood-Norfolk Central School and earned his Bachelor's degree from SUNY Oswego. Andy was self-employed, owning AJM Residential Appraisal. He is survived by his sister Amy (Roger) Law of Newmarket, NH; his brother Michael (Meggan) Marsjanik of Jarrettsville, MD as well as many nieces, nephews, aunts, uncles, cousins and step-sisters. Andy was pre-deceased by his parents James Marsjanik and Patricia LeClair and his step father, Gary Hurley. Andy's gifts will be missed by many.....by his family, by his friends, by his community and by humankind. In his spare time, Andy enjoyed playing golf and was an avid sports fan. In lieu of flowers, donations may be made to the family at which time they will be donated to a cause reflective of Andy's values. These memorial donations can be sent to the Buck Funeral Home, c/o Andrew Marsjanik, P.O. Box 192, Norwood, NY 13668. On behalf of Andy, the family requests that you consider saying a prayer or sending light and love to the Buffalo Bills and Sabres and then hum a Jim Croce tune. Memories and condolences may be shared online at www.buckfuneralhome.com . The Buck Funeral Home in Norwood is serving the family of Andrew J. Marsjanik.
To send flowers to the family of Andrew Marsjanik, please visit Tribute Store
Monday
16
September

Share Your Memory of
Andrew
Upload Your Memory View All Memories
Be the first to upload a memory!
Share A Memory
Send Flowers