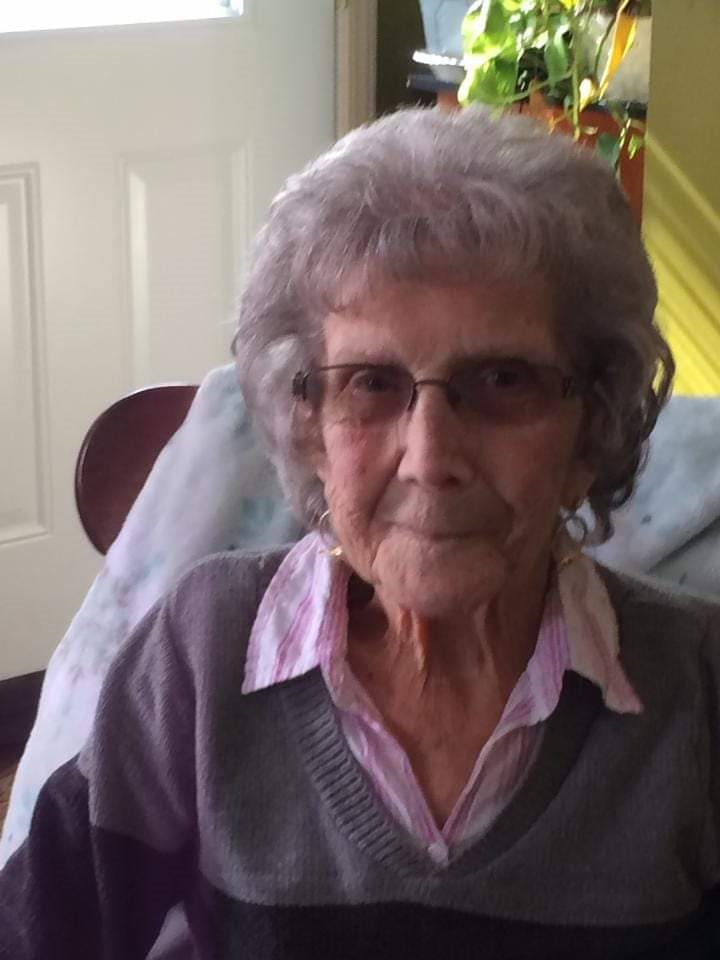 SOUTH COLTON—Graveside services for 90 year old Helen E. Olmstead, a resident of 3268 State Highway 56, South Colton, will be held on Saturday, September 7, 2019 at 10:30 a.m. in the St. Patrick's Cemetery in Colton with Rev. Stephen Rocker presiding. Private calling hours for immediate family members will be held at the Buck Funeral Home in Colton. Mrs. Olmstead passed away on Monday, September 2, 2019 at the Canton-Potsdam Hospital with family at her side. Helen is survived by her ten children, Sharon Gushlaw, Norfolk; Norma and David Taylor, Bethlehem, CT; Patricia Schwartfigure, Norwood; Richard and Candace Olmstead, Potsdam; Helen and Dale Fountain, South Colton; Cheryl and Mike Opal, Fort Jackson; Thomas and Deborah Olmstead, Madrid; Larry and Teresa Olmstead, Canton; Jerry and Laurie Olmstead, Canton; Kathy and Kevin Parkinson, Massena, her beloved 30 grandchildren, 44 great-grandchildren, and six great-great-grandchildren, her companion of 47 years, Ed Green, South Colton as well as several nieces and nephews. Helen is pre-deceased by her first husband, Norbert Pavlu; her second husband, Chester J. Olmstead Sr.; a son, Chester J. "Jack" Olmstead Jr.; her seven brothers, Glenn, Vernon, Gerald, Melvin, Donald, Allan, and Fred Wittman; one grandchild; one great-grandchild and two son-in-law's, Tony Gushlaw and Bruce Lindsey. Born in Bazine, Kansas on August 8, 1929 to the late Jacob and Pauline Wittig Wittman, Helen graduated from high school in Kansas and married Norbert Pavlu on August 8, 1947. After Norbert passed away a year later in 1948, she later married Chester J. Olmstead Sr. They were married for 13 years until he passed away on January 7, 1963. Helen was a homemaker and also worked at Montgomery Ward store in Potsdam, SUNY Potsdam, the Potsdam Country Club, and Ames Department Store. She enjoyed crossword puzzles, talking on the phone with her family and friends and tending to her flower gardens, especially her Stargazer Lilies and watching hummingbirds. Memorial donations in Helen's memory can be made to a charity of one's choice and memories and condolences may be shared online at www.buckfuneralhome.com . The Buck Funeral Home in Colton is serving the family of Helen E. Olmstead.
To send flowers to the family or plant a tree in memory of Helen Olmstead, please visit Tribute Store
Saturday
7
September

Share Your Memory of
Helen
Upload Your Memory View All Memories
Be the first to upload a memory!
Share A Memory
Send Flowers