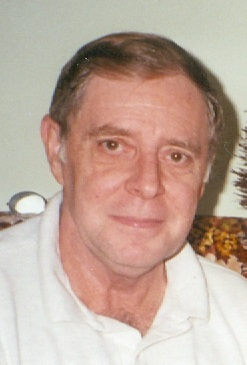 MASSENA—A Mass of Christian burial for 76 year old Albert F. Layo Jr., a resident of the Highland Nursing Home in Massena, will be held on Saturday, August 31, 2019 at 11 a.m. at St. Philips Episcopal Church in Norwood with Mother Kathryn Boswell and Mother Patricia Beauharnois presiding. Burial will be held in the Visitation Cemetery in Norfolk following the services. Family and friends may call at the Buck Funeral Home in Norwood on Friday, August 30, 2019 from 4-7 p.m. Albert passed away peacefully on Sunday, August 25, 2019 at the Highland Home with his family at his side. Albert is survived by his wife, Kristine, Massena; a daughter, Patricia and Steffen Beauharnois, Rouses Point, NY; two step-daughters, Angela and Matt Leary, Westville, NY and Michelle and Rossar Reynolds, Callicoon, NY; a step-son, Paul Perry and his companion Hidee Griffin, Waddington, NY; his eleven beloved grandchildren, Cassandra, Ryan and his wife Tobey, Mackenzie, Schyler, Carlie, Vanessa, Zachary, Hannah, Ava, Kristin & Rossar and three great-grandchildren, Carson, Evelyn and Ariella. Albert was pre-deceased by his parents, a brother Kenneth and two previous wife's, Judith McCleave Layo and Judy Heneault Layo. Born in Potsdam, NY on February 12, 1943 to the late Albert F. and Mable McGibbon Layo Sr., Albert graduated from Salmon River Central School and served in the U.S. Army during Vietnam. He married Kristine E. Bond on October 14, 2000. Albert worked as an Anode attendant at Reynolds Metal in Massena for 32 years before his retirement. He was a devoted communicant of St. Philip's Episcopal Church in Norwood and was a member of the Cursillo group and a member of the Franciscan Order. In his spare time, Albert enjoyed woodworking and gardening. Memorial donations in Albert's memory can be made to the St. Philip's Church in Norwood and memories and condolences may be shared online at www.buckfuneralhome.com . The Buck Funeral Home in Norwood is serving the family of Albert F. Layo Jr.
To send flowers to the family or plant a tree in memory of Albert Layo Jr., please visit Tribute Store
Friday
30
August

Share Your Memory of
Albert
Upload Your Memory View All Memories
Be the first to upload a memory!
Share A Memory
Send Flowers