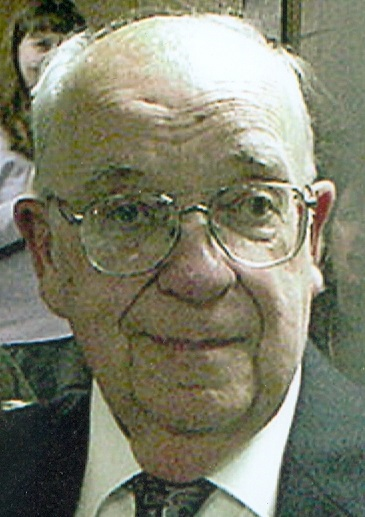 NORWOOD— Family graveside services for 89 year old Maurice K. Fullerton, a resident of the Maplewood Campus in Canton and formerly of Baldwin Acres and 342 Lakeshore Drive, Norwood, will be held on Saturday, August 31, 2019 at 10 a.m. in the Riverside Cemetery in Norwood with Rev. Judith VanKennen presiding. Mr. Fullerton passed away peacefully on Thursday, August 15, 2019 at the United Helpers Maplewood Campus in Canton.

Maurice is survived by his four children: Thomas and Cherie Fullerton, Acton, ME; Barbara and Richard Barish, Norwood; John and Gretchen Fullerton, Norwood and Kevin Fullerton and his companion Nicole Adner, Norwood. Maurice is also survived by his six grandchildren: Louise, Emily, Heidi, Benjamin, Sarah and Sommer, his ten great-grandchildren: Gracie, Gavin, Ferne, Dakota, Rayna, Brianne, Paul, Trish, Cotey and Wyatt.  Maurice was pre-deceased by his parents; his wife Laura just a year ago on August 25, 2018; his brothers, Wallace, Leonard, Keith, Kenneth, and Winifred and his sisters, Bernetta and Audrey.

Born in Norfolk, NY on August 7, 1930 to the late Wilber and Bertha MacArthur Fullerton, Maurice married Laura D. Grandy on October 15, 1948. He worked for the Potsdam Paper Mill and for Barretts Paving in Norwood for many years. Maurice was a proud and dedicated member of the Norwood Volunteer Fire Department for over 50 years and enjoyed spending time with his family. Memorial Donations in Maurice's memory can be made to the Norwood-Norfolk-Raymondville Neighborhood Center, 43 Spring Street, Norwood, NY 13668 and memories and condolences may be shared online at www.buckfuneralhome.com .

Share Your Memory of
Maurice
Upload Your Memory View All Memories
Be the first to upload a memory!
Share A Memory
Send Flowers