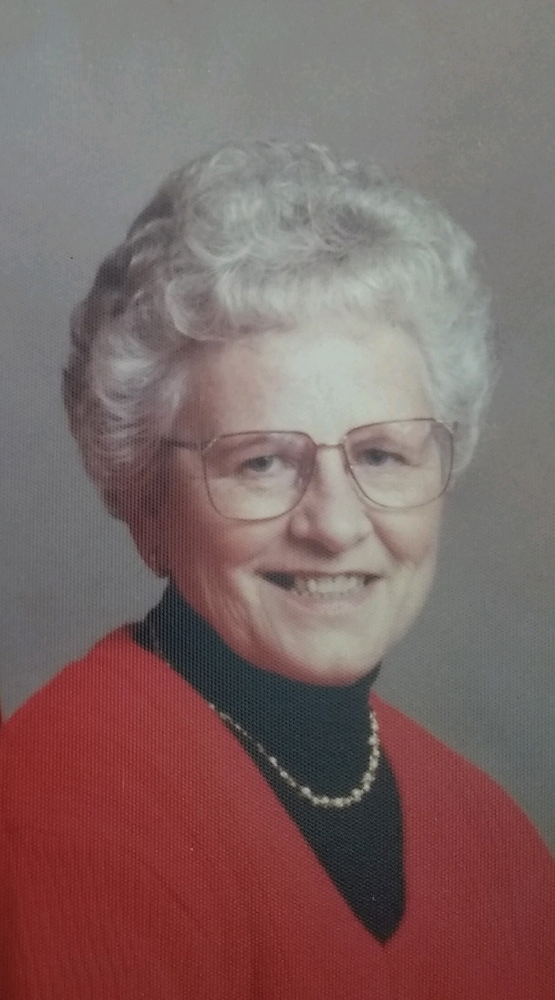 NORFOLK—A Mass of Christian Burial for 90 year old Anita J. Fraser, a resident of 11 Sober Street, Norfolk, will be held on Friday, August 9, 2019 at 10 a.m. at the Church of the Visitation in Norfolk with Rev. Andrew Amyot presiding. Burial will be held in the Visitation Cemetery in Norfolk following the services. Family and friends may call at the Buck Funeral Home in Norfolk on Thursday from 4-7 p.m. Mrs. Fraser passed away on Monday, August 5, 2019 at the Canton-Potsdam Hospital with her family at her side. Anita is survived by her daughter, Karen Richards, Richland, NY; her three beloved grandchildren, Jill, Erica and Christopher; her five great-grandchildren, Nyah, Nathan, Aaliyah, Logan and Renee; three brothers, Gary McClure, Oregon; Conrad and Gretchen McClure, Norwood and Larry and Gail McClure, Norfolk; her three sisters, Betty Robinson, United Helpers Maplewood, Canton; Sandra and Mark Ginn, Waddington and Cheri and Larry Hopsicker, Parishville as well as several nieces and nephews. Anita was pre-deceased by her parents, her husband Leon, a son-in-law, John Richards and two brothers, Lyle and Hollis McClure. Born in Norfolk, NY on November 20, 1928 to the late Leon and Marion Gary McClure, Anita graduated from high school and married Leon A. Fraser on June 10, 1950. Leon passed away on October 21, 2013. Anita worked at the Norfolk First National Bank for many years, retiring in 1973. Anita enjoyed going camping, traveling to Myrtle Beach, bowling in both the women's league and mixed league, tending to her gardens and flowers and spending time with her family, especially her grandchildren. She was a devoted communicant of the Church of the Visitation for many years. Memorial Donations in Anita's memory can be made to a charity of one's choice and memories and condolences may be shared online at www.buckfuneralhome.com. The Buck Funeral Home in Norfolk is serving the family of Anita J. Fraser.
To send flowers to the family or plant a tree in memory of Anita Fraser, please visit Tribute Store
Thursday
8
August

Share Your Memory of
Anita
Upload Your Memory View All Memories
Be the first to upload a memory!
Share A Memory
Send Flowers