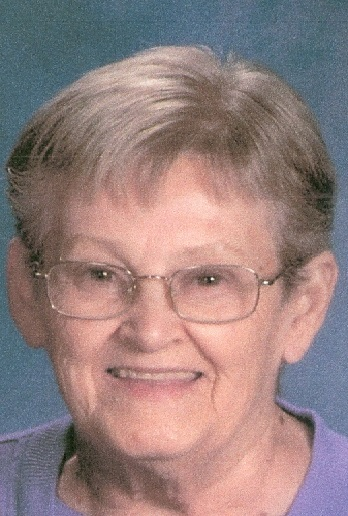 Obituary of Lola A. Casselman

NORWOOD – A Mass of Christian Burial for 81 year old Lola A. Casselman, a resident of 28 Munson Street, Potsdam, and formerly of Norwood, will be held Tuesday, July 30, 2019 at 10 a.m. at the St. Andrew's Church in Norwood with Rev. Andrew Amyot presiding. Family and friends may call at the Buck Funeral Home in Norwood on Monday, July 29, 2019 from 2 – 4 p.m. and 6 – 8 p.m. Burial will be held in the Riverside Cemetery in Norwood following the services. Mrs. Casselman passed away on July 25, 2019 at her home surrounded by her family. Lola is survived by her son, Joseph and JoAnn Gilbo, Norwood; her daughter, Maxine Gilbo Smith, Norwood; her four step-sons, Danny Casselman, Essex Junction, VT; James Casselman, Norwood; Larry Casselman, Brushton and Floyd and Janice Casselman Jr., Norwood; her two step-daughters, Brenda and Thomas Hooper, Martville and Connie Casselman, Auburn; along with several grandchildren and several great-grandchildren. She is also survived by her two brothers, Nelson and Kathy Hooper, Fulton and Thomas Hooper, Martville; her five sisters, Regina Merithew, Canandaigua; Georgia Vari, Cortland; Loretta Camfield, FL; Gaylene Shafft, FL and Carolyn Potempa, FL; along with many nieces and nephews. Lola is pre-deceased by her parents, her sister, Francis Margittay, and her daughter Victoria. Born on March 19, 1938, to the late Francis and Justina LaBarge Hooper, Lola married Floyd E. Casselman on November 22, 1969. They were married for twenty years until he passed away on June 4, 1990. Lola was a member of the Catholic Daughters and enjoyed sewing, knitting, and crosswords. She was a homebody and loved her family. Memorial donations in Lola's memory can be made to Hospice and memories and condolences may be shared online at www.buckfuneralhome.com . The Buck Funeral Home is serving the family of Lola A. Casselman.
To send flowers to the family or plant a tree in memory of Lola Casselman, please visit Tribute Store
Monday
29
July

Share Your Memory of
Lola
Upload Your Memory View All Memories
Be the first to upload a memory!
Share A Memory
Send Flowers