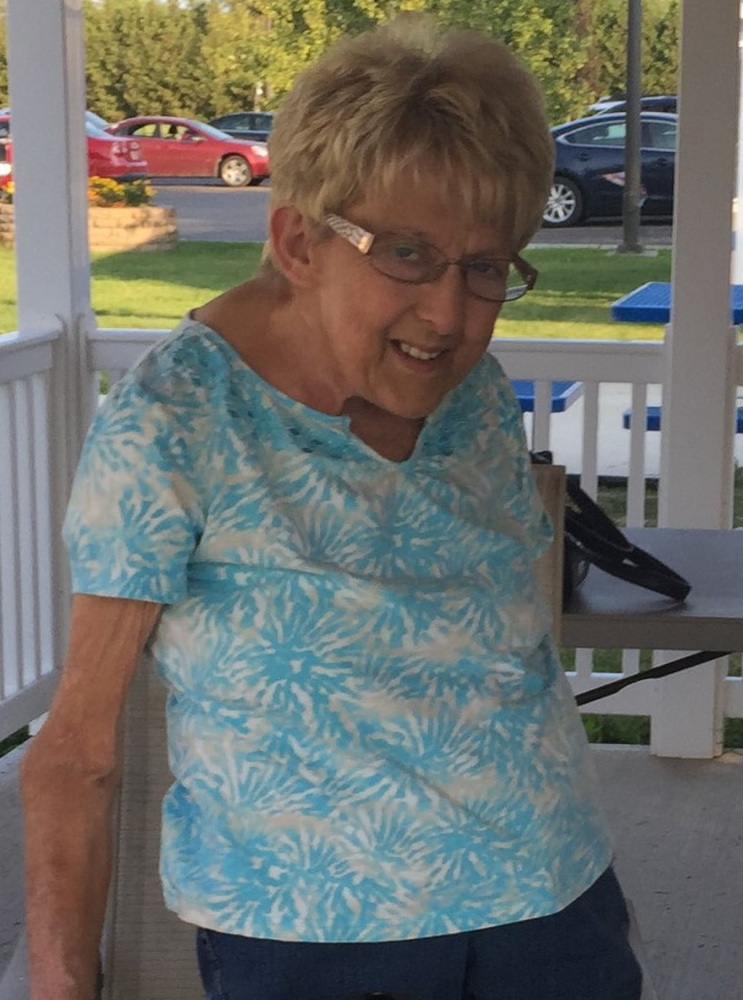 NORFOLK -- Funeral Services for 61 year old Ellen L. Richards, a resident of 14 East View Heights, Norfolk, will be held Wednesday, July 3, 2019 at 10 a.m. at the Buck Funeral Home in Norfolk with Rev. Lee Sweeney presiding. Calling hours will be held Tuesday, July 2, 2019 from 5- 8 p.m. at the Buck Funeral Home in Norfolk. Mrs. Richards passed away on Friday, June 28, 2019 at the Claxton- Hepburn Medical Center in Ogdensburg, NY with her family at her side. Ellen is survived by her daughter, Jessica and Brent Murray, Norfolk; her two stepsons, Curt Richards and his fiancé Nicole Webster, Michigan and Darin and Trisha Richards, Potsdam; her six beloved grandchildren, Brilynn, Cullen, Raynee, Lawsen, Bexley, and Zachary. Ellen is also survived by her three sisters, Arlene and Tony Nocernio, Elaine Sherman and her companion Arthur Doran and Deborah and George Molnar, all of Norfolk, along with several nieces and nephews. Ellen is pre-deceased by her parents and her late husband Mark W. Richards. Born in Potsdam, NY on July 2, 1957 to the late Charles and Alice Williams Sherman, she graduated high school and married Donald Hoyt on July 12, 1975, which later ended in a divorce. Ellen later married Mark W. Richards on August 5, 2000 until his passing on February 25, 2011. At one time, Ellen worked as a LPN in Virginia and later, worked at the Canton-Potsdam Hospital as a ward clerk. Most recently, Ellen was a receptionist for Dr. Peterson in Potsdam until her retirement. Ellen loved her dog Riley and loved spending her time gardening, shopping, and spending time with her grandkids. Ellen was a woman of great strength and perseverance. She suffered many struggles throughout her lifetime but was still able to see the beauty in all of the small things and was grateful for the life she was able to live. She put her family first and was always there to listen and lend support to those around her. Memorial donations in Ellen's memory can be made to the Dr. Ravinder N. Agarwal Renal Center, 124 Ford Ave., Ogdensburg, NY 13669 and memories and condolences may be shared online at www.buckfuneralhome.com . The Buck Funeral Home in Norfolk is serving the family of Ellen L. Richards.
To plant a tree in memory of Ellen Richards, please visit Tribute Store
Tuesday
2
July

Share Your Memory of
Ellen
Upload Your Memory View All Memories
Be the first to upload a memory!
Share A Memory
Plant a Tree